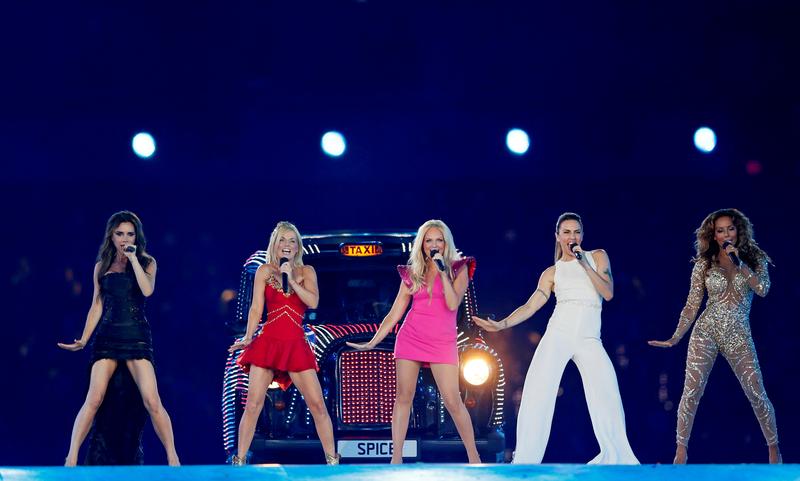 LONDON (Reuters) – From colourful platform boots to bed linen emblazoned with the faces of Posh, Scary, Sporty, Baby and Ginger, an array of Spice Girls memorabilia goes on show in a London exhibition this week dedicated to the famed girl band.

Spice Girls fan Alan Smith-Allison has gathered hundreds of the group’s stage costumes and pieces of merchandise he has collected since the 1990s and put them on display alongside other items on loan for “SPICEUP”, which kicks off on Saturday.

“It’s so iconic and so colourful and glittery and glamorous and important in music culture that it annoys me when it’s all kept in storage boxes in a dark place,” Smith-Allison told Reuters.

“It needs to be out on show for fans to come and appreciate it and there are millions and millions of Spice Girls fans around the world that would love to see them.”

The 37-year-old said he became a Spice Girls fan when the group’s “Wannabe” debut single stormed the charts in 1996.

He began collecting CDs and videos and bought his first Spice Girls costume in 2007 when Melanie Brown, known as Scary Spice, hosted a charity sale.

TENS OF MILLIONS OF RECORDS SOLD

Soon other purchases followed and Smith-Allison, who says he has met three of the five Spice Girls, built up a collection he says has cost him “hundreds of thousands pounds”.

“(The collection) comes straight from the start, from the beginning, when these five girls came onto the pop music scene with just five incredible personalities, in your face, a lot of fun, a lot of kind of messages that can resonate,” he said.

The Spice Girls went on to sell more than 80 million records worldwide, winning legions of fans with their catchy tunes and messages of “Girl Power”.

In 2000 they said would be going on an indefinite break and would focus on their solo careers.

Earlier this week, Brown told a television talk show the group had agreed to a reunion, saying: “For sure we are getting back together”.

They performed together at the 2012 London Olympics and the exhibition has on-loan the red dress Geri wore for that. Smith-Allison says he hopes to one day own all the outfits worn for that performance.

“They’re my kind of dream now, but I don’t think the girls will ever part with them,” he said.

The exhibition runs in London until Aug. 20 then moves to Manchester.

FILE PHOTO: The Spice Girls perform during the closing ceremony of the London 2012 Olympic Games at the Olympic Stadium, August 12, 2012. REUTERS/Stefan Wermuth/File Photo