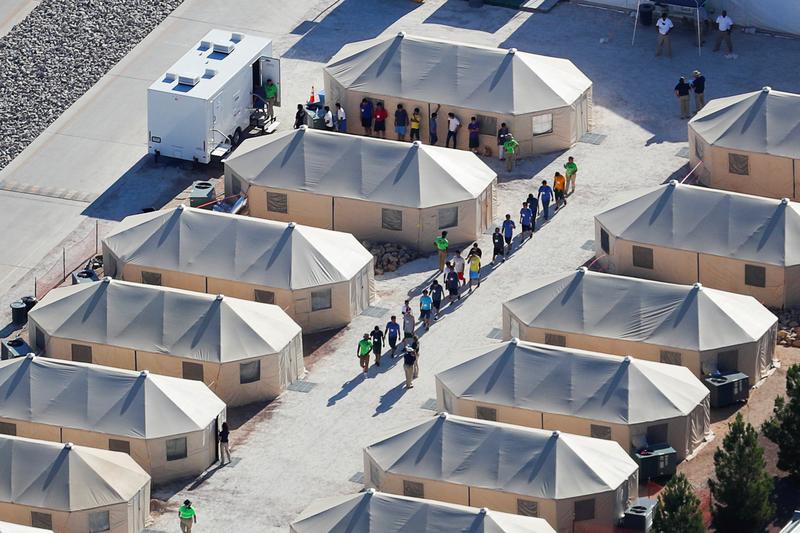 (Reuters) – Immigration advocates said on Thursday the U.S. government’s push to meet a court deadline to reunite hundreds of immigrant families separated at the Mexican border was marred by confusion and one said children had disappeared into a “black hole.”

Maria Odom, vice president of legal services for Kids in Need of Defense, said two children who were represented by the group were sent from New York to Texas to be reunited with their mother. When they arrived, they learned their mother had already been deported, Odom told reporters during a conference call.

Odom said her group cannot find the children, aged 9 and 14.

It was an example, she said, “of how impossible it is to track these children once they are placed in the black hole of reunification.”

The administration of U.S. President Donald Trump’s “zero tolerance” policy toward illegal immigration led to the separation of about 2,500 children while their parents, some asylum seekers, went through a legal process.

An outcry at home and abroad forced Trump to order a halt to the separations in June. U.S. Judge Dana Sabraw in San Diego ordered the government to reunite the families and set Thursday as the deadline.

Sabraw has criticized some aspects of the process, but in recent days, he has praised government efforts to meet the deadline. As of Monday, officials said they had brought together 879 parents with their children and identified 1,634 parents possibly eligible for reunification. The government is scheduled to update its figures late on Thursday and report to the judge on Friday.

Government lawyers told a federal judge this week that 917 parents may not be eligible for prompt reunification because they have already been deported, have waived reunification, have criminal backgrounds, or are otherwise deemed unfit.

It was unclear on Thursday how many immigrant families will remain separated.

Those who are reunited face consequential decisions. About 900 have received final orders of removal, and civil rights groups said they must decide if they want to return home as a family or leave their child in the United States to fight for asylum separately.

Around the United States, pro-immigration activists protested against the policy, part of Republican Trump’s hardline stance on legal and illegal immigration that he campaigned on in the 2016 election and took into the White House.

About 100 people marched outside the federal courthouse in McAllen, Texas, near the border with Mexico, while in Washington, protesters included about 20 children with handmade banners.

“We continue to struggle with the government promise that today is the official day for the kids to get united back with their parents, but still that has not become true,” Julian Rodriguez, an office clerk with the community organization LUPE, said at the protest in McAllen.

The American Civil Liberties Union brought the lawsuit that led to Sabraw’s reunification order, and the group has asked the judge to stay the deportation of reunited families for seven days. The ACLU says attorneys need the time to ensure that parents understand their rights and have considered their options.

The ACLU on Wednesday filed declarations in court detailing the stories of parents it said were put under pressure to waive reunification or signing deportation papers they did not understand.

Parents who were coerced into leaving the United States may have a right to petition the U.S. government to bring them back, Michelle Brané, director of migrant rights and justice with the Women’s Refugee Commission, said on a call with reporters.

FILE PHOTO: Immigrant children housed in a tent encampment are shown walking in single file at the facility near the Mexican border in Tornillo, Texas, June 19, 2018. REUTERS/Mike Blake