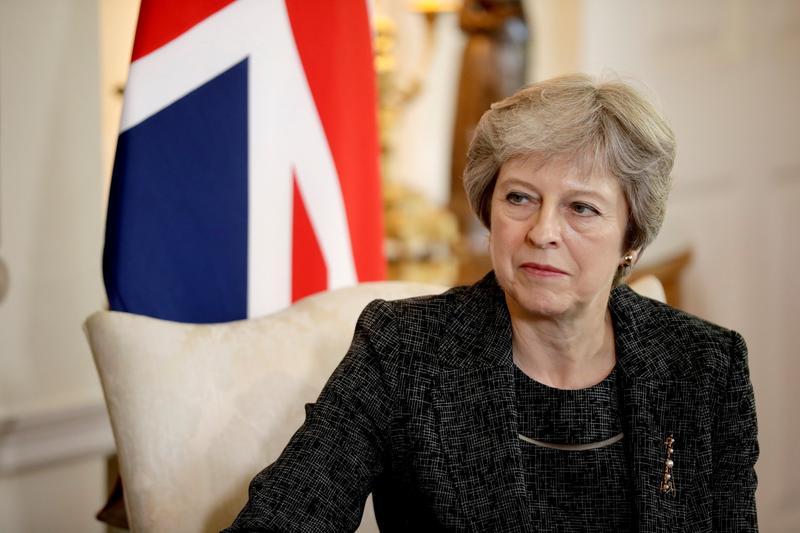 LONDON (Reuters) – Prime Minister Theresa May said the public should be reassured rather than alarmed by government plans to stockpile medicines and blood products ahead of a possible no-deal Brexit.

Britain’s Prime Minister Theresa May listens to the Emir of Qatar Sheikh Tamim bin Hamad al-Thani at the start of their meeting at 10 Downing Street, London, Britain July 24, 2018. Matt Dunham/Pool via REUTERS

With just over eight months left until Britain is due to leave the European Union, there is little clarity about how trade will flow as May, who is grappling with a rebellion in her Conservative party, is still trying to strike a deal with the bloc.

Responding to a question on Wednesday in an interview with 5 News about whether the government was stockpiling medicines, May said: “Far from being worried about preparations that we’re making, I would say that people should take reassurance and comfort.

“It’s right that we say because we don’t know what the outcome is going to be (from Brexit negotiations), we think it’s going to be a good one. We’re working for a good one but let’s prepare for every eventuality.”

Brexit campaigners say increased government warnings over what a no-deal Brexit could look like, including preparations to stockpile goods, represent an attempt to scare people into backing May’s plans.

On Tuesday, Brexit minister Dominic Raab said the government would ensure there were adequate food supplies in the event of a no-deal scenario. He did not give details but said “it would be wrong to describe it as the government doing the stockpiling”.