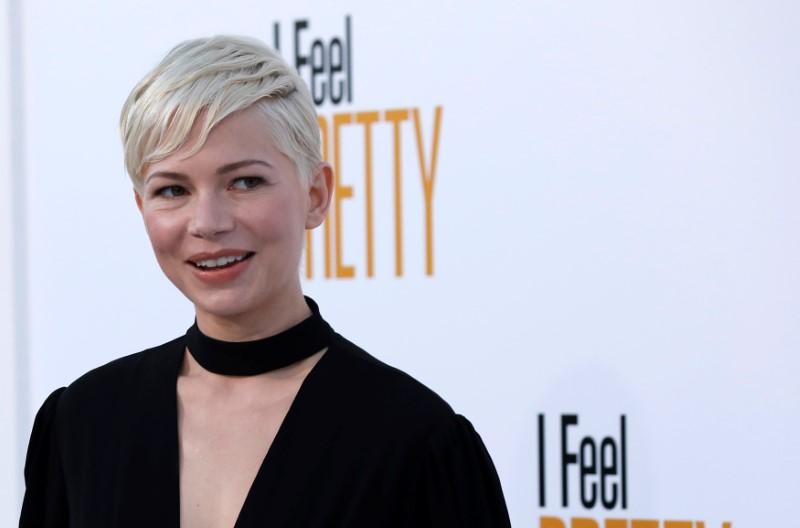 LOS ANGELES (Reuters) – Actress Michelle Williams has quietly married, telling Vanity Fair magazine she never gave up on love after the death of her partner Heath Ledger 10 years ago.

Williams, 37, the fiercely private Oscar-nominated star of “Brokeback Mountain,” told the magazine in an interview published on Thursday that she married American indie musician Phil Elverum at a private ceremony earlier this month in the rural Adirondacks region of upstate New York.

She described her relationship with Elverum, whose first wife died of pancreatic cancer, as “very sacred, very special.”

Williams had a daughter, Matilda, with Ledger but the couple ended their three-year romance a few months before his 2008 death at age 28 of an accidental prescription drugs overdose.

“I never gave up on love,” she said. “I always say to Matilda, ‘Your dad loved me before anybody thought I was talented, or pretty, or had nice clothes.’ Obviously I’ve never once in my life talked about a relationship but Phil isn’t anyone else.”

Williams spoke of how she and Matilda were hounded by media in the months after Ledger’s death.

“I’ll never forget going to the post office and seeing a sign hung on the wall for anyone with information about myself and my daughter, to please call this number. Um, so I took that down,” she told Vanity Fair.

“When you’re a single parent, and that element of provider and protection is missing, it’s scary,” she added.

The interview appears in the September edition of Vanity Fair, on newsstands on Aug. 7.