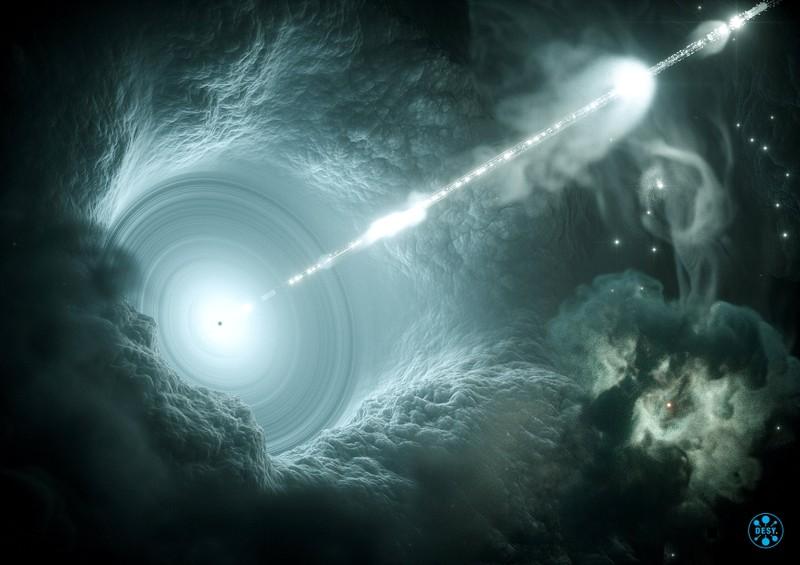 BERLIN (Reuters) – A team of international scientists observing a star in the Milky Way have for the first time confirmed Einstein’s predictions of what happens to the motion of a star passing close to a supermassive black hole.

Einstein’s 100-year-old general theory of relativity predicted that light from stars would be stretched to longer wavelengths by the extreme gravitational field of a black hole, and the star would appear redder, an effect known as gravitational red shift.

“This was the first time we could test directly Einstein’s theory of general relativity near a supermassive black hole,” Frank Eisenhauer, senior astronomer at the Max Planck Institute for Extraterrestrial Physics, told journalists.

“At the time of Einstein, he could not think or dream of what we are showing today,” he said.

A team of scientists at the European Southern Observatory started monitoring the central area of the Milky Way using its Very Large Telescope to observe the motion of stars near the supermassive black hole 26 years ago.

The black hole is 26,000 light years away from Earth and has a mass 4 million times that of the Sun.

The scientists selected one star, S2, to follow. With an orbit of 16 years, they knew it would return close to the black hole in 2018.

Over 20 years, the accuracy of their instruments has improved and so in May 2018, they were able to take extremely precise measurements in conjunction with scientists from around the world.

This showed the star’s orbital velocity increasing to more than 25 million kph (15.5 million mph) as it approached the black hole.

The star’s wavelength stretched as it sought to escape the gravitational pull of the supermassive black hole, shifting its appearance from blue to red, Odele Straub from the Paris Observatory said.

The scientists now hope to observe other theories of black hole physics, she said.

“This is the first step on a long road that the team has done over many years and which we hope to continue in the next years,” MPE’s Reinhard Genzel, who led the international team, said.