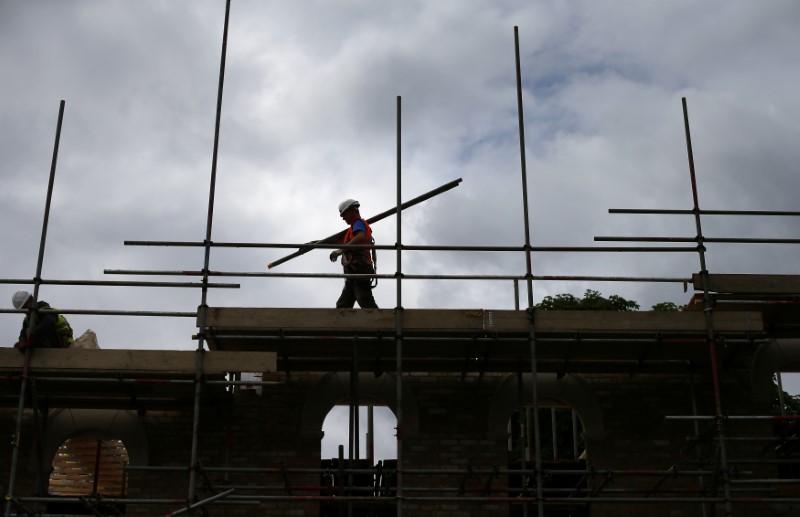 LONDON (Reuters) – British builders started work on slightly fewer new homes in the three months to the end of June, hit by a sharp fall in London, but overall construction remained close to its highest level since the global financial crisis, industry data showed.

Builders reported they were about to start work on 38,978 new homes in the second quarter of 2018, the National House-Building Council, an industry body that insures about 80 percent of new construction, said on Thursday.

The total was 3 percent smaller than in the same quarter of 2017, driven almost entirely by a 12 percent fall in new housing starts in London, where investor demand has faded since June 2016’s Brexit vote.

Housing starts in the British capital have more than halved since the year before the Brexit vote.

Construction in the United Kingdom overall rebounded by 6 percent from the first three months of 2018, when unusually snowy weather delayed work.

“Demand for new homes across the UK remains strong,” NHBC Chief Executive Steve Wood said. “We have seen some promising numbers coming through, in particular during May and June.”

NHBC’s measure of quarterly housing starts slumped below 17,000 during the depths of the financial crisis, before recovering to peak at 42,423 in early 2017, helped in part by government subsidies for buyers of newly built homes.

Boosting house-building has been a stated priority for Britain’s government as it tries to address concerns among many voters about a lack of affordable housing in many areas.

But many in the industry say little has been done to speed up the local government planning process that makes it slow to get approval for many projects.

A separate report by the Royal Institution of Chartered Surveyors showed that difficulties in financing projects were also causing growth to slow.

“Anecdotal evidence suggested that the housing market slowdown, coupled with ongoing ambiguity with the Brexit negotiations, is weighing on investment decisions,” RICS said.