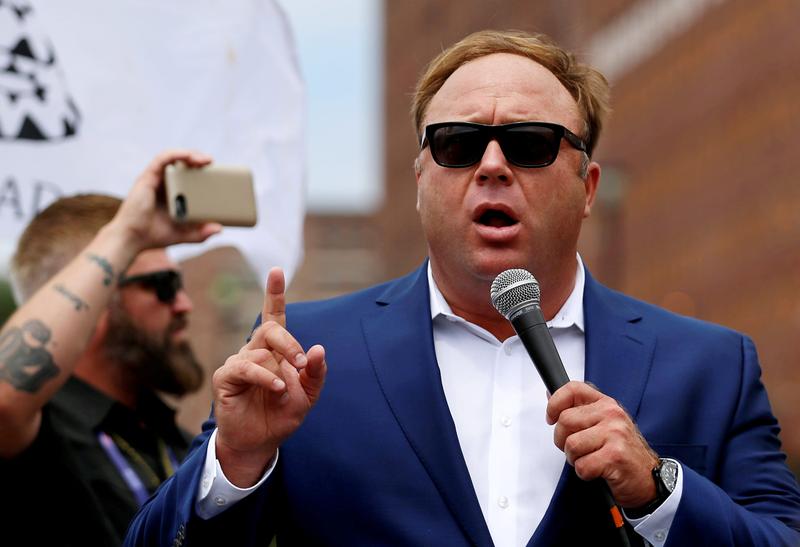 (Reuters) – U.S. conspiracy theorist Alex Jones has been suspended from Facebook for bullying and hate speech and is close to having pages tied to him and his Infowars website removed from the platform, the social media network said on Friday.

The radio host’s personal profile was banned for 30 days after it was found to have uploaded four videos published on pages maintained by Jones and Infowars that went against community standards, Facebook said.

The videos have been removed and Infowars and Jones’ pages “are close to being unpublished given recent community standards violations,” Facebook said in a statement.

Content removals count as “strikes” against individual pages. Pages maintained by Jones and Infowars have remained active because they have not crossed “a certain threshold of strikes” necessary for them to be unpublished, Facebook said.

“Our Community Standards make it clear that we prohibit content that encourages physical harm [bullying], or attacks someone based on their religious affiliation or gender identity [hate speech],” Facebook said. “We remove content that violates our standards as soon as we’re aware of it.

Infowars did not respond to a request for comment. Jones has defended the videos on Twitter as being “critical of liberalism.”

Since founding Infowars in 1999, Jones has built a vast audience. Among theories he has promoted is that the Sept. 11, 2001, attacks on New York and Washington were staged by the government.