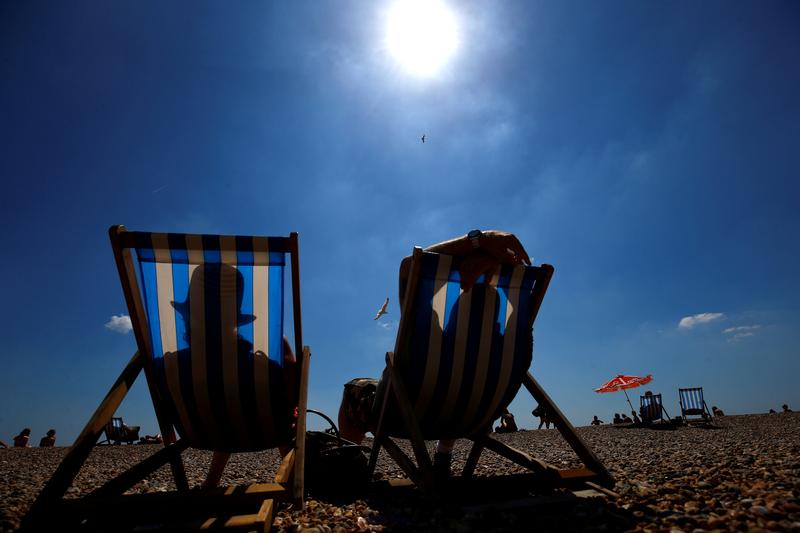 LONDON (Reuters) – Soaring temperatures in Britain have led to an increase in electricity demand equivalent to an extra 2.5 million homes, a report by academics at Imperial College London said on Friday.

FILE PHOTO: Visitors relax on deckchairs in the sunshine on the beach by Brighton Pier in Brighton, Britain, June 28, 2018. REUTERS/Henry Nicholls/File Photo

Britain’s prolonged heatwave has prompted a warning from the government for people to keep out of the sun, while the Meteorological Office said all-time temperature records could be broken.

Demand for electricity rises 350 megawatts (MW) for every degree the temperature rises above 20 degrees Celsius the report said.

Unseasonably high temperatures led almost 900 MW of extra power demand a day during the last week of June, the equivalent to demand from 2.5 million households or an area the size of Scotland, it said.

“Global demand for cooling technology is only going to increase as temperatures, and global income, rise,” Iain Staffell of Imperial College London said.

Fortunately for the National Grid, the weeks of blazing sunshine that have driven up temperatures have also boosted production from the country’s solar panels.

That means the additional power demand is unlikely to cause problems.

The warmer weather and increased demand have contributed to higher power prices this summer.

Average British wholesale power prices TRGBBD1 averaged around 56 pounds per megawatt hour over June and July so far this year, around 40 percent higher than the average for the same period in 2017, Reuters data showed.