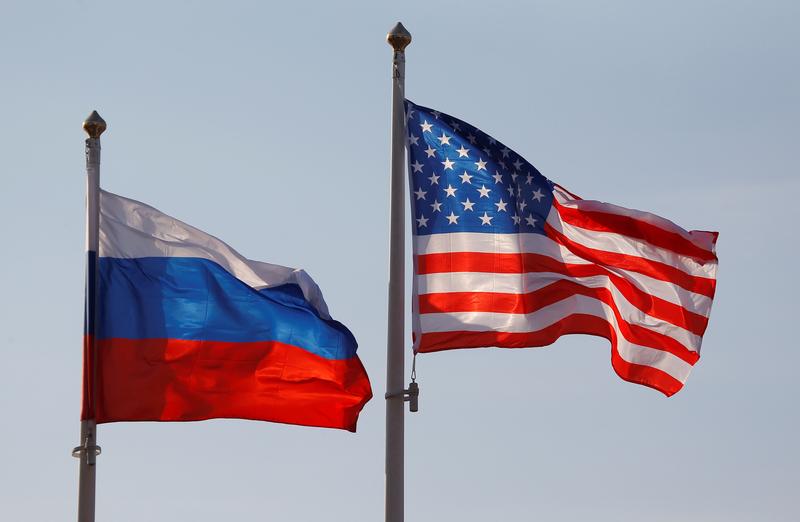 MOSCOW (Reuters) – Two Silicon Valley firms have stopped shipping some electronic components to Russian customers even though they are not on the list of firms subject to U.S. sanctions, according to sources who work in the sector and a document seen by Reuters.

Although Russian companies can find other suppliers, the fact that the U.S. firms turned away Russian business demonstrates the chilling effect that a fresh wave of sanctions on Russia adopted in the past 18 months is having on the U.S.-Russian technology trade.

That sector is especially vulnerable to the effect of sanctions because some of the components are “dual use” — they could in theory be used in weapons systems — an area now under especially tough scrutiny in Washington.

San Jose, California-based Broadcom has told Bulat, a Russian maker of telecoms equipment, that it would not supply it with printed circuit boards with microprocessors, an official at the Russian trade ministry told Reuters.

In a letter dated November 2017 seen by Reuters, Broadcom’s European distributor said the U.S. firm could not fulfil an order placed by Bulat “in light of export restrictions on the part of the manufacturer,” the ministry official said.

Negotiations to resolve the issue this year failed, the official said, asking not to be named because he was not authorized to speak to the media.

Broadcom and the distributor, EBV Elektronik, did not respond to requests for comment. Bulat and the trade ministry declined to comment.

San Jose-based Xilinx, a maker of devices used to build digital circuits, has introduced an export restriction on some of its products going to Russia, said Renat Yusupov, Vice President of Kraftway, a Russian company that develops telecoms hardware using imported components.

Two executives at two other Russian companies that import electronic components confirmed that Xilinx had stopped shipping some of its products. They asked not to be named because they didn’t want their comments to affect their business.

“Foreign manufacturers are not striving to stop deliveries to Russia, but to avoid the re-sale of their products into various nuclear products or other weaponry,” Yusupov said.

Xilinx and one of its distributors, Inline Group, did not respond to requests for comment.

A second distributor, Macro Group, said there was demand in Russia for Xilinx products, but did not address the issue of whether supplied had stopped.

The U.S. companies did not spell out exactly why they would not fulfill some orders, the executives and the trade ministry official said.

But they said it was clear to them from their dealings with the U.S. firms and their distributors, as well as the publicly-available information about the tightening U.S. sanctions regime, that the sanctions were the main reason.

U.S. tech firms are worried that components they supply to a Russian customer could be transferred to firms subject to U.S. sanctions, or that they could be used in weapons systems, according to one of the executives and a fifth source who works at a Russian firm under U.S. sanctions.

Rostec referred questions about Bulat to one of Rostec’s units, Avtomatika, which declined to comment.

The United States first imposed sanctions in 2014 over Moscow’s annexation of the Ukrainian region of Crimea.

Since then there has been a second wave of sanctions, in response to allegations of Russian meddling in the U.S. presidential election, the Russian military campaign in Syria and alleged Russian cyber-attacks on foreign infrastructure.

Legislation that came into force in January 2018 made U.S. firms liable to sanctions if they even unwittingly supplied products to Russian defense manufacturers.

And in May this year four Russian electronics distributors were added to the U.S. Commerce Department’s “unverified list” which means officials were not convinced that the end use of products supplied by those firms was legal.

Neither Bulat nor Kraftway are on any lists.

Executives working in the sector said the cumulative effect was that some U.S. exporters decided it was too risky, in some cases, to ship electronic components to Russia even to companies that aren’t on the list.

“They’re trying not to ship stuff that could be sold on to some place it shouldn’t,” said the first executive at the Russian importing company.