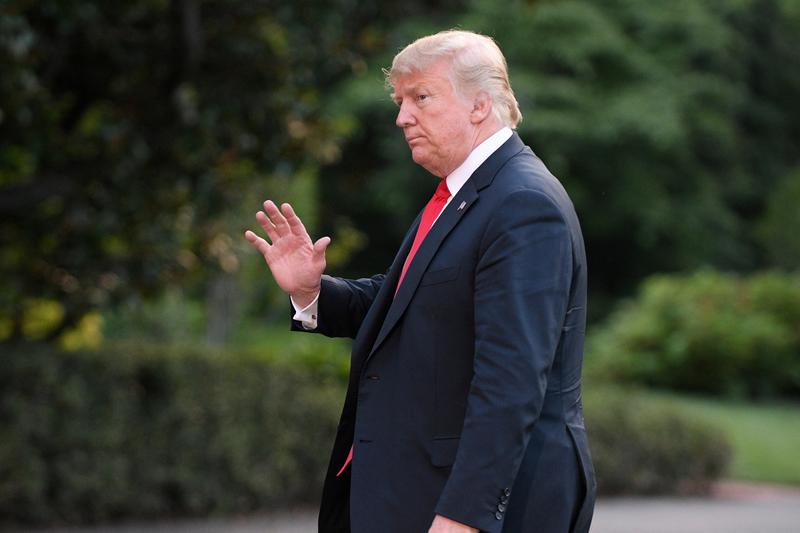 WASHINGTON (Reuters) – U.S. President Donald Trump on Friday denied knowing about the 2016 meeting his son, Donald Trump Jr., and other campaign staff held at Trump Tower with a group of Russians who offered damaging information about Democratic rival Hillary Clinton.

“I did NOT know of the meeting with my son, Don jr,” Trump wrote in a post on Twitter, after a CNN report cited his longtime lawyer Michael Cohen as saying Trump had known about the meeting in advance.

CNN, citing unidentified sources with knowledge of the matter, said Cohen was willing to make that assertion to Special Counsel Robert Mueller, who is investigating whether Trump’s presidential campaign had worked with Russia to sway the 2016 U.S. presidential election.

Federal prosecutors in New York are investigating Cohen for possible bank and tax fraud, and for possible campaign law violations linked to a $130,000 payment to adult film star Stormy Daniels, a person familiar with the investigation has told Reuters. The payment to Daniels, who says she had an intimate relationship with Trump, was meant to buy her silence over the affair.

Cohen has not been charged with any crime.

Trump, who has said in the past he did not know about the meeting in advance, suggested Cohen was implicating Trump in exchange for possible immunity on unrelated charges related to his businesses.

“Sounds to me like someone is trying to make up stories in order to get himself out of an unrelated jam,” Trump speculated on Twitter, without supporting his claim.

The Republican president has been infuriated by the suggestion he might owe his White House victory to Russia, and has focused on the rebutting the collusion question rather than on concerns about the U.S. intelligence community’s findings that Moscow intervened on his behalf.

In a series of angry Tweets on Friday morning, he again denied any collusion with Moscow and denounced the Mueller probe as a witch hunt. Russia has denied meddling in the election.

The role Cohen, a longtime personal confidant of Trump, might play in the Mueller probe is unknown. On Wednesday, Trump expressed disbelief that Cohen would have taped conversations with him, a day after an audio recording of a conversation between the two men was aired on U.S. television.

A lawyer for Cohen, Lanny Davis, released the recording of Trump and Cohen discussing paying for the rights to former Playboy model Karen McDougal’s story about an alleged affair with Trump and it aired on CNN on Tuesday night.

Before the election, Trump’s campaign denied any knowledge of payment to McDougal, but the taped conversation could undermine those denials.