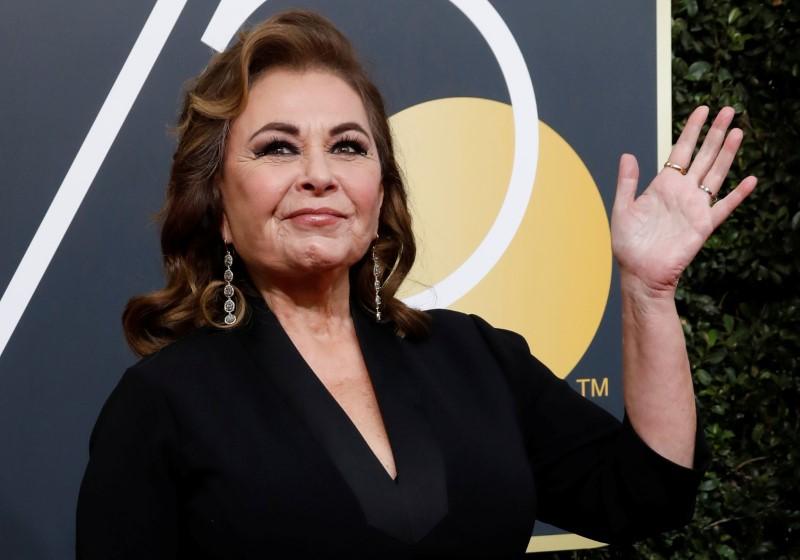 LOS ANGELES (Reuters) – Comedian Roseanne Barr apologized on Thursday for her controversial Twitter comment that caused the cancellation of her U.S. comedy show “Roseanne,” but insisted she had been misunderstood and said the mistake “cost me everything.”

Barr said in an hour-long television interview, her first since comparing a black former Obama administration official to an ape, that her May tweet was political in nature, not racist.

“I was so sad that people thought it was racist,” Barr told Fox News host Sean Hannity. She said the tweet referencing former Obama adviser Valerie Jarrett – “muslim brotherhood & planet of the apes had a baby = vj” – was a bid to seek accountability for the 2015 international agreement limiting Iran’s nuclear program.

She did not clarify what she believed was Jarrett’s involvement in the agreement.

“I made a mistake obviously. It cost me everything, my life’s work. And I paid the price for it. But no, I did not know she (Jarrett) was black,” she said.

Jarrett was born in Iran to parents of European and African-American descent. She said on Wednesday she did not intend to watch Barr’s interview.

Addressing Jarrett directly, Barr said on Thursday: “I’m sorry you feel harmed and hurt because I never meant that.”

Barr’s tweet caused a storm of outrage and the ABC network swiftly canceled the revival of her top-rated comedy series “Roseanne” about a working-class American family in the era of President Donald Trump.

ABC has since announced the show will return in October as a spinoff called “The Conners” with all the main characters except Barr, who will have no financial or creative involvement.

“I have apologized a lot. I feel that I have apologized and explained and asked for forgiveness and made recompense,” Barr said on Thursday, adding that she has made donations to “several African-American things.”

The rambling interview also covered Barr’s mental health, her Jewish upbringing, and her views on Trump, who the actress has said she voted for in the 2016 presidential elections.

“I am not a racist, and the people who voted for Trump are not racist either, and Trump is not a racist. Sorry,” she said.

Barr also gave other explanations for her tweet, saying she had taken the sleep aid Ambien, drunk two beers and was taking antidepressant medication on the night she posted on the social media network two months ago.

She said she had not tried to contact Jarrett to apologize personally because she feared being screamed at on the phone.

Earlier in the interview, however, Barr said, “Everybody deserves to be joked about. Anybody who is in any kind of position of power deserves to have a joke about them, and if they can’t laugh at themselves that means something.”