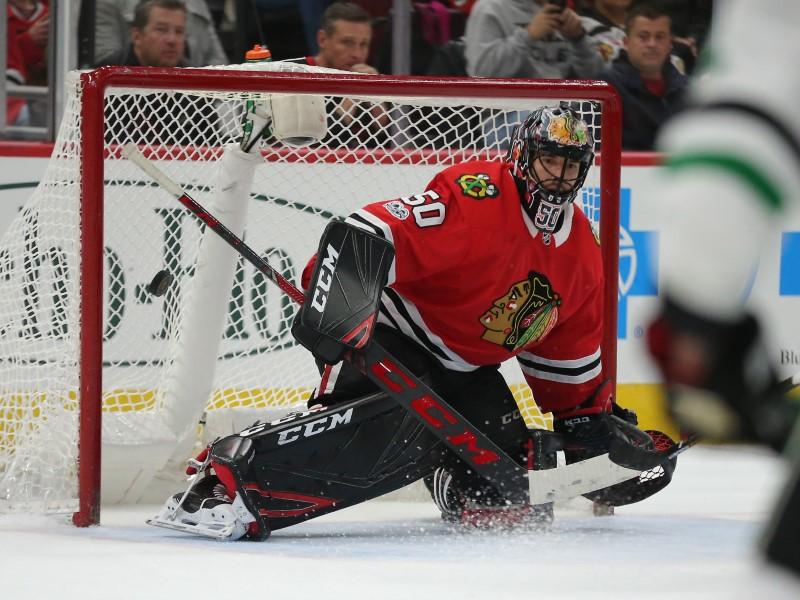 Chicago Blackhawks goalie Corey Crawford still isn’t saying exactly where it hurts, but he did say there’s a “really good chance” that he’ll be ready for training camp in September.

Crawford’s season ended Dec. 23, when he suffered an upper-body injury. In that game, the New Jersey Devils scored three goals on him on seven shots.

“I am feeling pretty good right now,” Crawford said Friday at the Blackhawks Convention. “I am not at 100 percent yet. But we’ve come a long way in the last couple months, and I worked really hard to do whatever I can to get better.”

Crawford, 33, added that it’s “very possible” he could be ready for camp.

“We’ve come a long way in the last couple months, and there’s a really good chance that could happen,” he said.

The Blackhawks made him a second-round selection, 52nd overall, in the 2003 draft.

“Treatments are going well and we’re making small steps and I’m getting a little better, so it’s a process,” Crawford said. “It’s been a process since I left in December. It hasn’t been easy, but I’ll be back.”

Crawford still isn’t willing to talk about specifics of the injury, however.

“We can’t disclose that, and I ask you just to respect that,” he said. “There’s been a lot of rumors and people tend to do that speculation. That’s normal. But we’re not going to discuss any of that.”