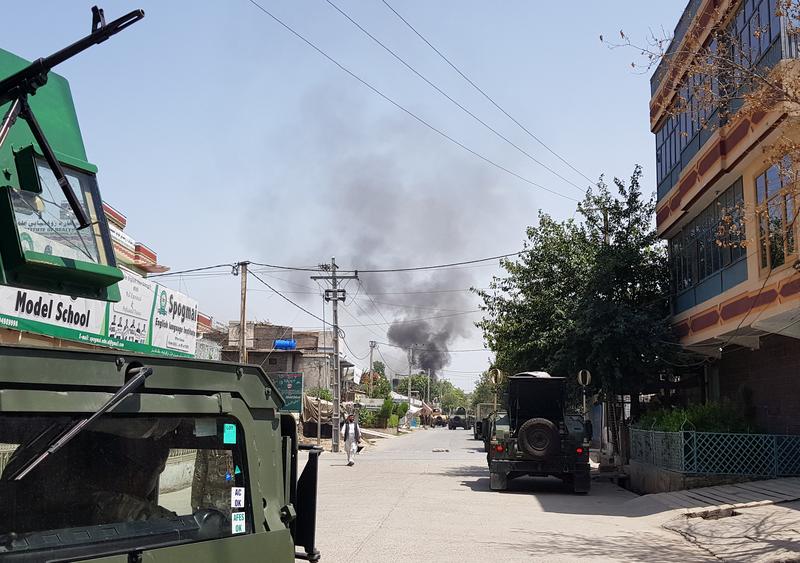 JALALABAD, Afghanistan (Reuters) – A number of explosions were reported in the eastern Afghan city of Jalalabad and gunshots could be heard in the area of a dormitory for trainee midwives, local officials said on Saturday.

Smoke rises from an area where explosions and gunshots were heard, in Jalalabad city, Afghanistan July 28, 2018. REUTERS/Parwiz

Attaullah Khogyani, the provincial government spokesman, said at least some of the students, most of them from Nuristan province in eastern Afghanistan, had been evacuated from the building.

Smoke could be seen rising from the site as security forces and ambulances rushed to the scene, which was blocked off to traffic. There was no immediate word on casualties.

The attack is the latest in a series to have hit Jalalabad in recent weeks, causing dozens of casualties.

There was no immediate claim of responsibility but recent attacks have been claimed by Islamic State, which has a stronghold in the surrounding province of Nangarhar, on the border with Pakistan.