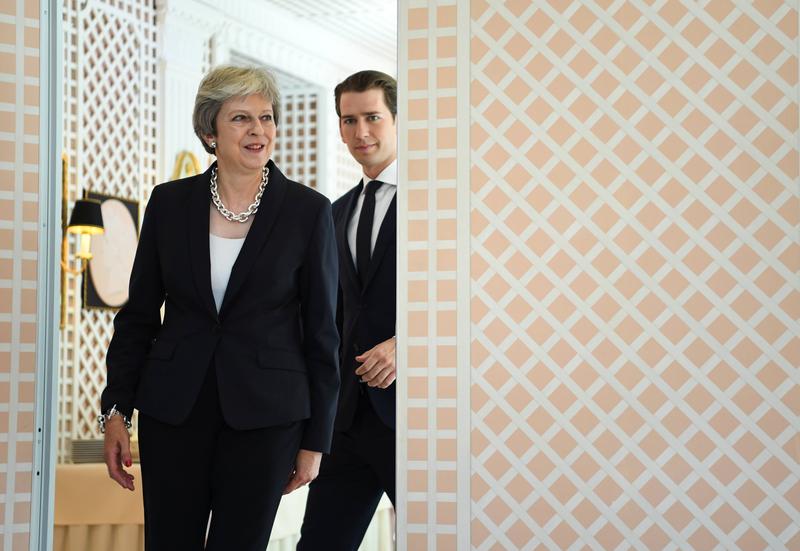 “The summit will also cover illegal migration, and on this the Prime Minister confirmed that the UK will continue to work closely with the EU now and after Brexit,” May’s office said in a statement.

Britain has yet to agree a long-term trade relationship with the European Union or finalise a transition deal that is meant to take effect when it leaves the bloc on March 29 next year.

EU Brexit negotiator Michel Barnier rejected key elements of Britain’s new trade proposals on Thursday even as he and his new British counterpart Dominic Raab voiced a shared determination to reach a deal by October.

Kurz, whose country currently holds the rotating EU presidency, received May for talks in Salzburg on Friday and said it was important for both sides to avoid a “hard” or disorderly Brexit.