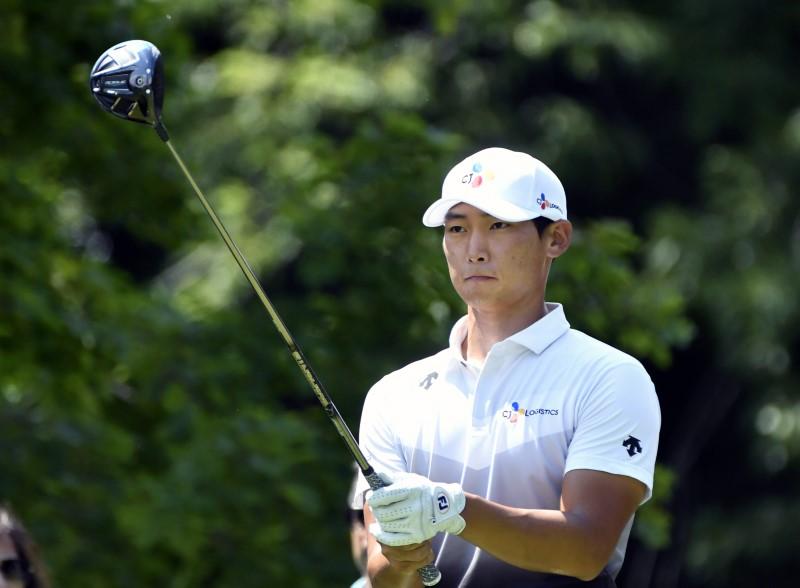 Kim, seeking a maiden PGA Tour win, started the day one back of overnight leader Kevin Tway but bumped the American out of top spot when he rolled in a nine-foot birdie putt at the ninth to seize the outright lead.

Tway, the son of 2003 Canadian Open winner Bob Tway, started quickly with back-to-back birdies at the second and third holes but stalled going into the turn after swapping a bogey-birdie at five and six to sit one back.

But all eyes were on Johnson who rocketed up the leaderboard with a scorching start. He picked up birdies on five of his opening six holes to temporarily take over top spot.

After missing his first cut of the year at the British Open, Johnson has been almost flawless at Glen Abbey.

After wrapping up a bogey free 66 on Friday, Johnson picked up where he left off by jump starting his third round with three consecutive birdies.

The 34-year-old American, who began the day three off the pace, took a breather with a par at fourth but was quickly back in top gear as he dropped birdies at five and six on way to an error-free outward nine.

The back nine, however, did not begin as brightly. Johnson collected his first bogey since Thursday’s opening round to drop to 14-under alongside South Korea’s An Byeong-hun and two back of Kim with six to play.