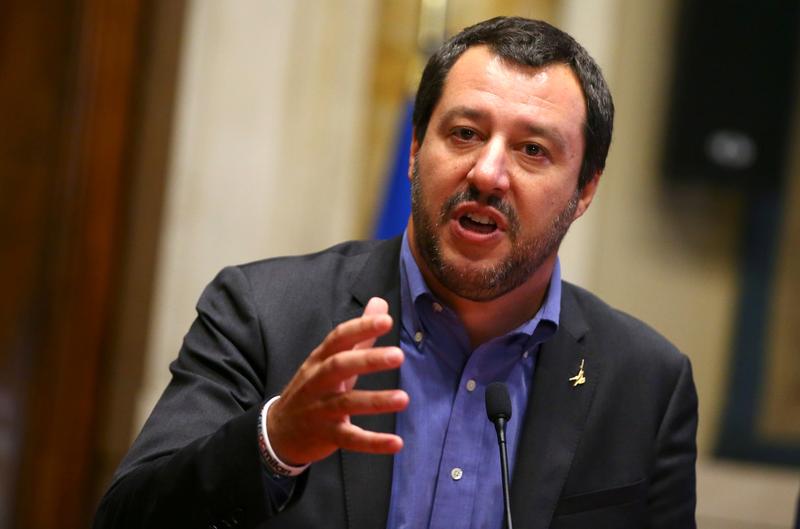 LONDON (Reuters) – Italy’s far-right interior minister, Matteo Salvini, has accused the European Union of trying to cheat Britain out of the Brexit it voted for, according to extracts from a newspaper interview published late on Saturday.

FILE PHOTO: League party leader Matteo Salvini speaks at the media after a round of consultations with Italy’s newly appointed Prime Minister Giuseppe Conte at the Lower House in Rome, Italy, May 24, 2018. REUTERS/Tony Gentile

“There is no objectivity or good faith from the European side,” Salvini was quoted as saying in an interview with Britain’s Sunday Times newspaper.

“My experience in the European parliament tells me you either impose yourself or they swindle you,” he added.

Britain is due to leave the EU on March 29 next year, and Prime Minister Theresa May is struggling to agree a long-term trading relationship with the bloc or to finalise a transitional deal to cover the period immediately after Britain leaves.

Salvini told May to stick to her principles and be prepared to walk away from the bloc without a deal – something many businesses fear could lead to chaos.

“On some principles there is no need to be flexible and you should not go backwards,” he said.

Separately, the newspaper cited an unnamed government minister as saying that Britain’s army would be ready to deliver food and medicine if there were delays at ports after Brexit.

“There is a lot of civil contingency planning around the prospect of no deal. That’s not frightening the horses, that’s just being utterly realistic,” the minister said.

Supermarkets, including German-owned Aldi, were also asking some suppliers to hold extra stocks of goods such as tea and coffee, the newspaper reported, citing a supplier.

Salvini has long had a hostile attitude to the EU, and has blamed the euro for Italy’s prolonged economic malaise and said he expected it to collapse.

More recently, he has pressed other EU countries to take more of the African migrants who try to land on Italy’s shores.