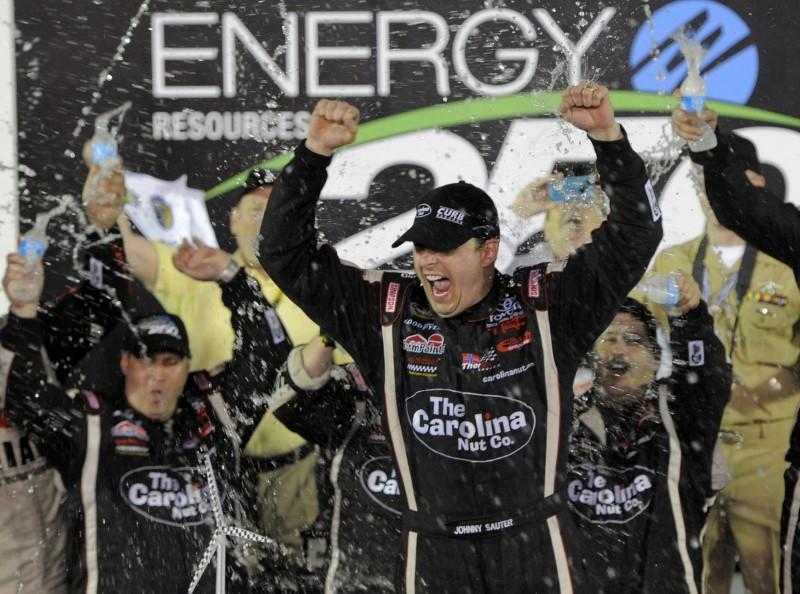 There are three who have every reason to be nervous.

With three races left before the series playoffs start at Canadian Tire Motorsports Park on Aug. 26, Johnny Sauter, Brett Moffitt, Noah Gragson, Ben Rhodes and Justin Haley are locked into the playoff thanks to race wins.

On the other hand, Grant Enfinger, Stewart Friesen and Matt Crafton are winless. And though those three drivers are in comfortable positions to make the playoffs on points, a victory by any of the drivers chasing them could have dire consequences.

Eight drivers will make the Chase, with race wins taking precedence over position in the standings.

With three victories — and 16 playoff points in his pocket — Moffitt is definitely a contender for the series championship.

Those playoff points could prove critical, given the three tracks in the first round: the road course at Canadian Tire Motorsports Park, high-speed Las Vegas and unpredictable Talladega.

“Being locked in is a huge weight off your shoulders,” Moffitt said on Friday before opening NCWTS practice at Pocono Raceway, site of Saturday’s Gander Outdoors 150 (1 p.m. ET on FS1, MRN and SiriusXM NASCAR Radio). “And I think with the Truck Series, the same thing as our races being short, our season’s short, so all you can do is go out there and try to win races.

“Obviously, you don’t want to make any moves to take yourself out of races, but at the end of the day, you’ve got to win and get playoff points to secure yourself through that first round, with it being Canadian Tire and Talladega in one round — that’s kind of messy.”

Of those aforementioned three winless drivers currently in playoff position, Enfinger perhaps has the least cause for anxiety.

The driver of the No. 98 ThorSport Racing Ford is fourth in the series standings, 120 points ahead of ninth-place Myatt Snider.

But Enfinger has only two playoff points — the result of stage victories — and feels his team needs to find some extra speed to be a contender for the title.

“I think we’ve still got a little ways to go,” Enfinger said, before adding, “We’re solid.

“We’ve had a fair amount better speed this year than we had last year, but I still feel like we’re lacking a little bit in that department. We haven’t got a win yet. We’ve had a few shots at it. We’ve had speed enough to win at a few of ‘em, but it just hasn’t worked out.”

Enfinger came tantalizingly close July 18 at Eldora Speedway, where he battled side-by-side against race winner Chase Briscoe for the final two laps but came up short by .038 seconds. Four-tenths of a second quicker and Enfinger is locked into the playoffs. Instead, he still has to walk a tightrope between caution and aggression.

“For us, we really can’t do anything different,” he said. “We still need stage points, and we still need to contend for wins. So we can’t just lay it all on the line, and we can’t run conservative either. We pretty much have to keep doing what we’ve been doing all year.”

—Opening Truck Series practice was halted after 20 minutes on Friday because of the threat of lightning in the area. Spotters were told to leave the roof of the main grandstand before practice resumed at the 2.5-mile track following ARCA qualifying and ran continuously through the conclusion of final practice at 3 p.m. ET. …

—Late in final NCWTS final practice, Moffit’s No. 16 Toyota came to rest on an access road after the engine expired. “It acted like it was out of fluid for a second, and then it just blew up,” Moffitt said on the team radio. “It started to fall on its face, and I just shut it off. The oil pressure wasn’t even down when it first fell on its face. I don’t know if it dropped a valve or what.” …

—With fewer than three minutes left in happy hour, Todd Gilliland spun his No. 4 Toyota in Turn 1 but avoided contact with the wall. “I just got too loose,” Gilliland said. “Through (Turns) 2 and 3, it felt really good coming up to speed. I hammered the gas and it came around on me.” Gragson topped the speed chart for the session with a lap at 168.732 mph. …

—Rhodes wrecked his No. 41 ThorSport Racing Ford in the final minute of practice and will go to a backup truck for Saturday’s race. Rhodes had run the eighth-fastest lap in Happy Hour. Both Rhodes and Moffitt, who had to change engines, will start from the rear of the field.