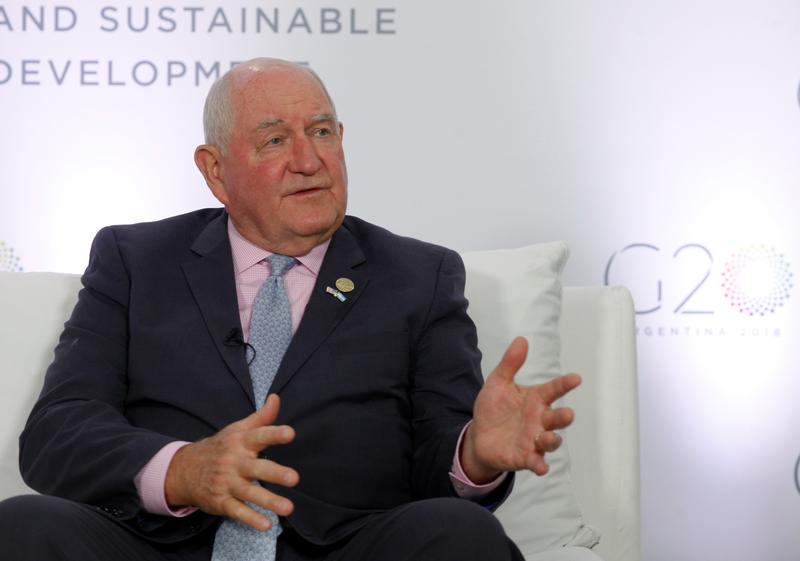 Perdue said in an interview on the sidelines of the G20 meeting of agriculture ministers in Buenos Aires that the plan would include between $7 billion and $8 billion in direct cash relief.

U.S. growers are expected to take an $11 billion hit due to retaliatory tariffs after Washington placed duties on Chinese goods.

“Obviously this is not going to make farmers whole,” Perdue said.

Only about $200 million will go toward the expansion of trade missions, Perdue said.

The aid plan, a response to retaliatory trade measures on U.S. farm exports, is intended only for the current crop cycle, he said. “It’s for the 2018 crop. We do not expect to do this over a period of time,” Perdue said.

President Donald Trump announced the program on Tuesday to mixed reactions from U.S. Midwest growers and legislators who said they object to the administration’s tariffs. Trump, however, has made it clear that tariffs are his weapon of choice in trade fights.

The aid will make use of a Great Depression-era program. Starting on Sept. 4 farmers can apply for help. They will be asked to provide data on their current crops.

“We expect the checks to go out in late September or October. As soon as they prove their yields,” Perdue said. “They will be based on actual production, not historical averages.”

Some changes in U.S. crop planning are probably on the way as Washington grapples with some of its biggest trade partners.

“I think we’ll see more corn planted next year rather than soybeans. But that’s not for me to determine,” Perdue said.

“We want people to plant according to market signals rather than government programs,” he added. “There’s no farmer in the United States that would rather have a government check than a good crop at a fair price. That’s what our safety net is all about.”

Perdue grew up on a farm in Georgia. A veterinarian, as well former legislator and two-term governor of that state, he took the helm of the U.S. Department of Agriculture (USDA) last year.