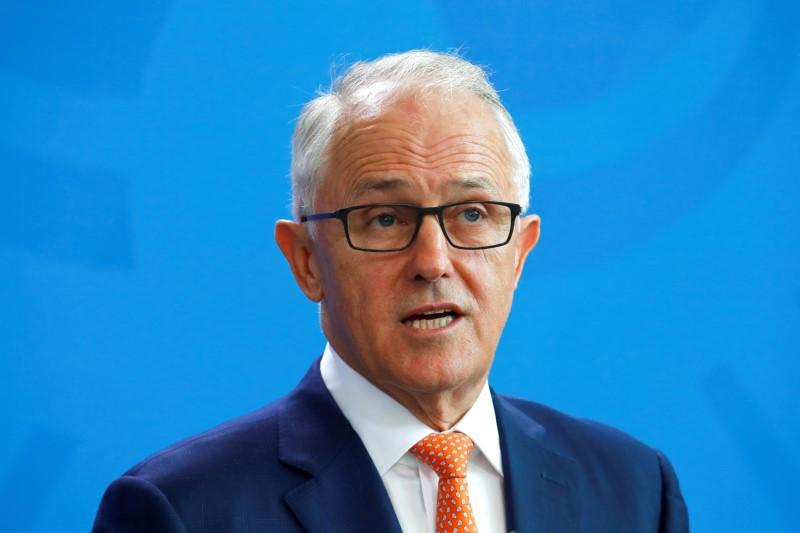 SYDNEY (Reuters) – Australia’s conservative government failed to win any of the five by-elections held this weekend, defeats widely seen as an indication Prime Minister Malcolm Turnbull faces an uphill battle to be re-elected in a national poll due by May 2019.

“We will look very seriously and thoughtfully and humbly at the way in which the voters have responded,” Turnbull told reporters in Sydney on Sunday.

In what was coined “Super Saturday”, voters in five seats went to the polls after a handful of Labor opposition lawmakers were forced from office after falling foul of the country’s constitution that bans politicians from elected office if they are dual citizens.

The Australian Electoral Commission (AEC) early on Sunday said the five seats were all won by Labor, dealing a blow to Turnbull, who is under pressure to demonstrate a viable pathway for re-election with his coalition badly trailing Labor in opinion polls.

Political analysts say Turnbull must win marginal seats in the state of Queensland, traditionally a conservative heartland, if he is to be re-elected.

But his government failed to win a key by-election seat in Queensland on Saturday, despite support from Australia’s powerful right-wing party One Nation.

The AEC said Labor retained the Queensland seat of Longman with a bigger majority than it had secured in 2016.

Failure to win at least one seat at the by-elections means Turnbull will continue to struggle to pass legislation with only a one-seat majority.