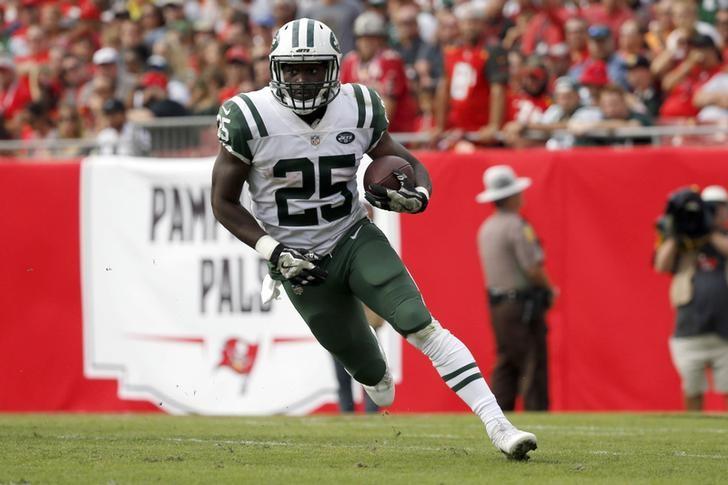 The first full Saturday of training camp in the NFL was a painful one for numerous teams, including two who watched offensive linemen get carted off the practice field.

Late Saturday afternoon, NFL Network’s Mike Garafolo reported that Williams suffered a dislocated kneecap and an MCL tear, with team head athletic trainer Ryan Vermillion stating, “We are beginning the early stages of rehabilitation, and there is currently no timetable for [Williams’] return.”

A second-team All-Pro last season, Williams, 25, is in the final year of his contract and was in negotiations for a new deal with the Panthers.

—Pittsburgh Steelers veteran left guard Ramon Foster was also carted off the practice field with an apparent serious injury to his right leg. Foster, 32, was injured during a team drill when the leg was rolled on. He clutched his right knee while displaying he was in serious pain.

Pittsburgh coach Mike Tomlin declined to provide an update after the practice, the team’s first with pads this camp.

Foster, who has made 115 career starts, is in the final year of a three-year, $9.6 million contract.

—The New York Jets announced that second-year running back Elijah McGuire is out indefinitely after suffering a fractured foot Friday. He is expected to undergo surgery that would potentially sideline him for a large part of the 2018 campaign.

McGuire rushed for 315 yards and one touchdown last season. He was a sixth-round pick out of Louisiana-Lafayette.

—The Seattle Seahawks and left tackle Duane Brown agreed to a three-year $36.5 million extension, according to multiple reports. Brown, who turns 33 in August, is entering the final season of a contract that will pay him $9.75 million this season before the extension kicks in.

Brown, a four-time Pro Bowl selection, confirmed the extension on his Twitter account. He was acquired from the Houston Texans last October, played in nine games for the Seahawks and made the Pro Bowl.

—The Jets announced the signing of defensive lineman Shaneil Jenkins and the release of fellow D-lineman Courtney Upshaw.

Undrafted out of Shephard University in 2016, Jenkins has spent time with the Dallas Cowboys, Denver Broncos, Seattle Seahawks and Green Bay Packers over the past two seasons but has yet to appear in a regular-season game.

Upshaw, a second-round pick by Baltimore in 2012, has seven sacks and 215 tackles in six seasons with the Ravens and Atlanta Falcons. He signed with the Jets following a tryout at minicamp in June.

—Arizona Cardinals coach Steve Wilks made it clear that he considers Sam Bradford his starting quarterback, telling the team website, “It is [Bradford’s] job to lose.”

The Cardinals signed Bradford, 30, to a one-year, $20 million contract in the offseason, and also selected former UCLA quarterback Josh Rosen with the No. 10 overall pick in the draft.

Wilks, the Cardinals’ first-year coach, said Rosen has “the mentality that he wants to start” and that “competition makes us better across the board.” But for now, it seems that Rosen is vying with former Tampa Bay and Chicago quarterback Mike Glennon for the backup job.

Sparano died unexpectedly Sunday at age 56 of a heart-related issue. Minnesota canceled practice Friday, when veteran players were scheduled to report, for the team to attend his funeral. The team held its first full practice Saturday afternoon.

—New England Patriots quarterback Tom Brady took offense to a question asked by a reporter about a possible connection between wide receiver Julian Edelman and Brady’s trainer, Alex Guerrero, and walked out of his news conference.

In early June, the NFL announced the suspension of Edelman for four games. The NFL said he violated the league’s policy on performance-enhancing drugs and his appeal of the suspension was denied. He is allowed to practice with the team but cannot play until Week 5 of the season.

Edelman, who missed last season with a torn ACL, has trained with Guerrero for several years, and some have speculated that Guerrero’s influence had something to do with Edelman’s failed test.