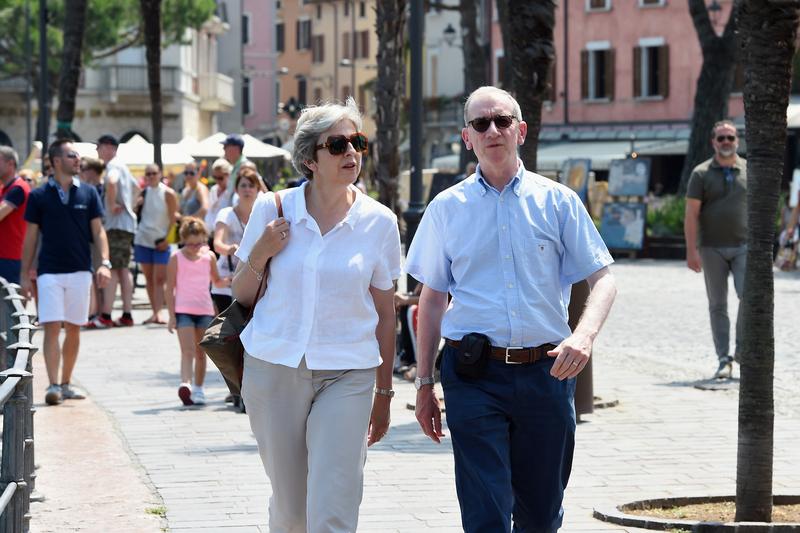 LONDON (Reuters) – Britain will set out ‘sensible precautions’ in a series of notes looking at how to prepare for a possible exit from the European Union without a formal divorce deal, Prime Minister Theresa May’s spokesman said on Monday.

Britain’s Prime Minister Theresa May and her husband Philip walk on the waterfront whilst on vacation in Desenzano del Garda, Italy, July 29, 2018. Pier Marco Tacca/Pool via REUTERS

“It is about setting out sensible precautions in the event of a no deal scenario,” the spokesman told reporters when asked about the government’s plans to send out “technical notices” on no deal preparations in August and September.

“We have been absolutely clear that it is in the interests not just of ourselves but of the EU to get a deal. In the event of no deal there will of course be consequences for the European Union,” the spokesman said.

The spokesman added that, contrary to some media reports, there were no plans to involve the army in its ‘no deal’ provisions, especially regarding food supplies.