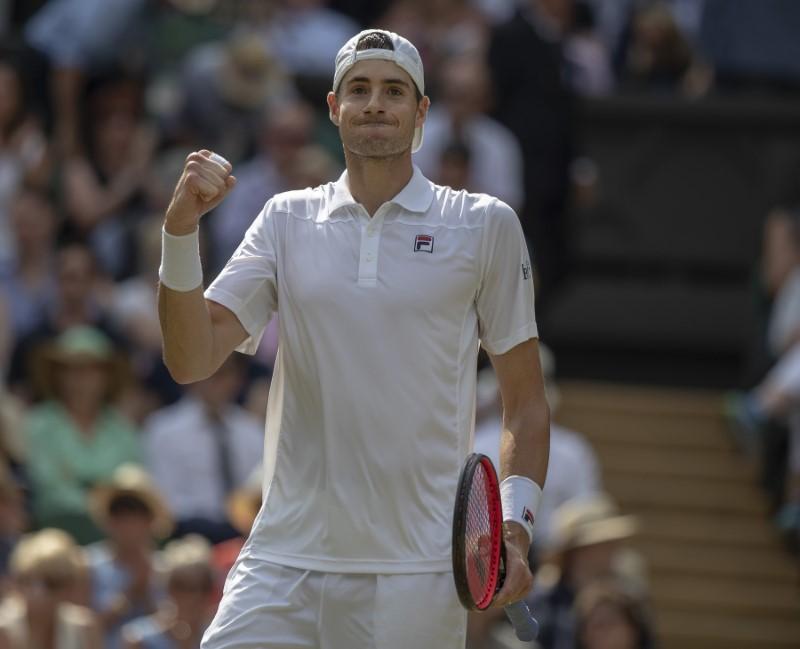 But Isner acknowledged he had been fortunate to prevail over Harrison, the eighth seed, who took the first set and was clearly the better player early in the second.

Isner appeared to be wilting in the heat but Harrison could not hammer home his advantage, as his opponent squirmed out of trouble by saving four break points.

Isner then pounced to take advantage of his lone break point chance in the second set, and the dye was cast.

A revitalized Isner never looked back in the third set as Harrison’s frustration finally boiled over and he smashed his racket against the court.

“I realize I was fortunate today,” said Isner, at home in the state where he went to university.

“I’ve been on the other end where you have four or five chances to put your stamp on the match and you don’t get it, and I just had one chance, and played a good point and was able to win the second set.

“That’s how our sport goes sometimes.”

It was the 14th career title for Isner, who lost a marathon semi-final 26-24 in the fifth set against Kevin Anderson at Wimbledon a fortnight ago.

Reporting by Andrew Both in Cary, North Carolina; editing by Sudipto Ganguly