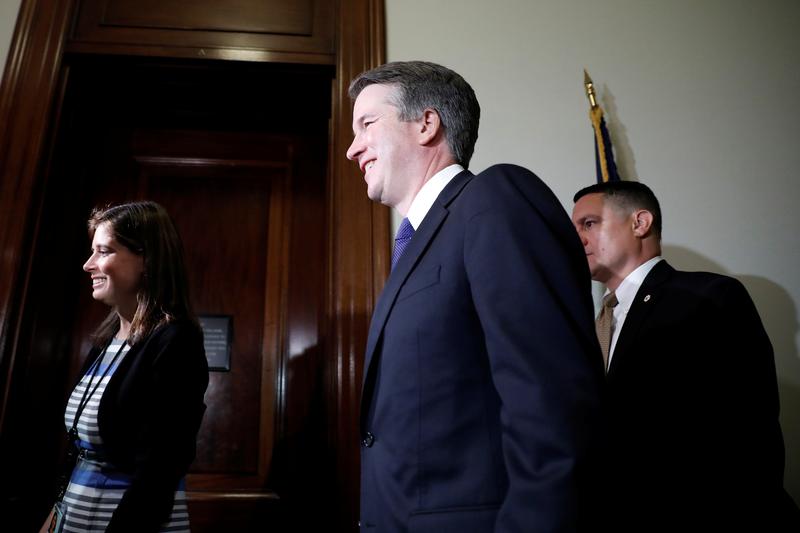 WASHINGTON (Reuters) – A Republican senator who was publicly undecided over whether to back U.S. President Donald Trump’s Supreme Court nominee Brett Kavanaugh threw his support behind the judge on Monday, improving chances Kavanaugh would win Senate confirmation despite a pitched battle by leading Democrats to block him.

Paul had expressed concerns over Kavanaugh’s positions on privacy issues, but said the conservative appeals court judge had eased them when the two met last week.

“After meeting Judge Kavanaugh and reviewing his record, I have decided to support his nomination,” Paul said in a series of Twitter posts. He said he was confident Kavanaugh would be more open to constitutional Fourth Amendment protections involving digital records and property.

Trump thanked Paul in a tweet, saying, “Your vote means a lot to me, and to everyone who loves our Country!”

Trump’s fellow Republicans hold a 51-49 Senate majority, leaving them little margin for error. No Democrats so far have said they would support the nominee.

Kavanaugh, who has already met with 39 Republican senators, held a two-hour meeting with Manchin on Monday. The judge emerged from the session smiling, but did not take reporters’ questions.

Manchin wrote on Twitter that it had been a productive meeting but he was undecided. “I won’t make a final decision on the nomination until I complete a thorough and fair examination of his candidacy,” the senator wrote, “just as I did with Neil Gorsuch,” Trump’s first nominee to the high court.

Manchin was one of three Democrats to support Gorsuch, along with Heidi Heitkamp of North Dakota and Joe Donnelly of Indiana.

All three are under pressure to consider voting for Kavanaugh, because they are up for re-election in November in states that voted for Trump.

Before Monday’s meeting, Manchin said on Twitter that he was evaluating Kavanaugh’s record, legal qualifications, judicial philosophy and “particularly his views on healthcare.”

The senator also solicited questions for the judge from West Virginians, asking them to post their concerns on Manchin’s website. He got more than 8,000 responses.

Most other Senate Democrats, including Democratic leader Chuck Schumer, have delayed seeing Kavanaugh as they demand release of documents from Kavanaugh’s past, including from while he worked in the White House of President George W. Bush.