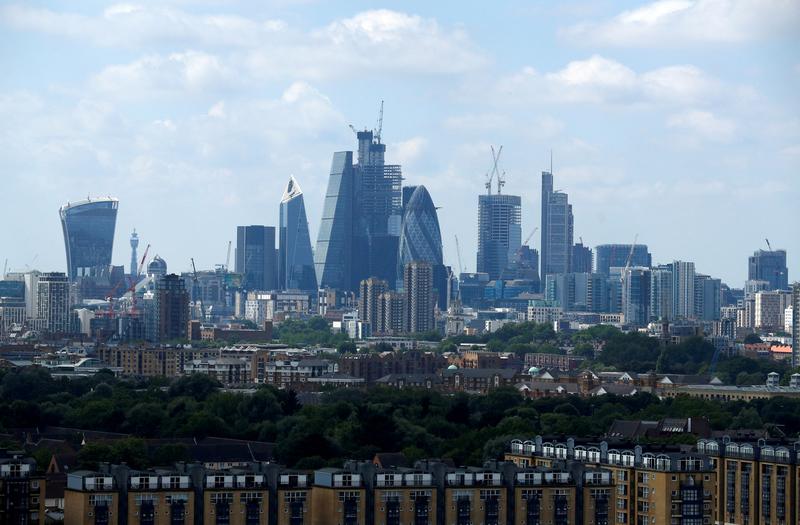 LONDON (Reuters) – Britain’s exports of financial services to the European Union hit a record high last year, highlighting the need for the City to preserve access to the bloc after Brexit, industry officials said on Tuesday.

“The UK and the EU have a shared interest in maintaining as much of this cross-border flow of financial services as possible,” said Stephen Jones, chief executive of UK Finance, an industry body.

Britain has proposed EU market access based on a more accommodative version of the bloc’s trade regime known as equivalence.

Equivalence is used by Japan and the United States, to grant access if Brussels deems that a foreign country’s rules are aligned with to its own.

Britain says this would force it to track EU rules, and that access could be withdrawn at short notice. Earlier this month it called for a more predictable version after Brexit, with a shared dispute mechanism.

Final trading terms could take years and in the meantime banks and insurers are opening hubs in the EU by next March to avoid any disruption to customers.

The government is asking the sector to come up with ideas for widening the scope of financial services that could be covered by equivalence and making the regime more predictable.

“Given the complexities surrounding Brexit it’s only natural that HM Treasury would consult with the sector on the EU’s third country regimes,” a spokeswoman for the City of London financial district said.

“The sector is clear that the current form of EU equivalence is not an appropriate basis for the UK’s financial and professional services sector to continue trading with the EU, so any ‘enhancements’ to these regimes would have to be substantial.”

The financial sector had wanted future trade with the EU based on mutual recognition or Britain and the bloc’s accpeting each other’s rules and cooperating closely on supervision.

Brussels dismissed it as trying to keep the benefits of the single market without the costs, forcing Britain to seek a less ambitious enhanced equivalence deal.

“Reforming equivalence is as big an ask as mutual recognition, but we have to play the game,” one senior banker said. “The language of enhancing equivalence is hilarious. For Britain it means expanding access, but for France it means less market access.”