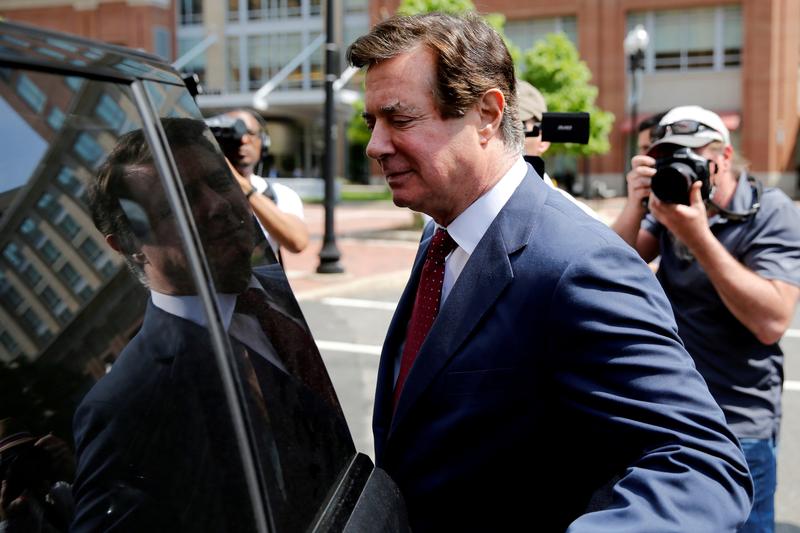 ALEXANDRIA, Va. (Reuters) – The first trial of Special Counsel Robert Mueller’s Russia probe gets underway on Tuesday with Paul Manafort, a former chairman of U.S. President Donald Trump’s 2016 campaign, facing charges that he hid tens of millions of dollars earned in Ukraine in offshore accounts and defrauded banks for loans.

The tax and bank fraud trial in a Virginia federal court will be the first test of Mueller’s ability to win a conviction of a former Trump aide. Three other aides, including longtime Manafort business partner Rick Gates, have pleaded guilty and are cooperating with Mueller’s probe.

Prosecutors are seeking to provide details of Manafort’s work in Ukraine, raising the possibility that new information about his Russian connections could emerge. Manafort has filed a motion to have details of that work excluded from trial.

T.S. Ellis, the judge overseeing the case, said he plans to rule on whether that Ukraine-related evidence can be included after the jury is selected, a process expected to start Tuesday morning. A total of 16 jurors, 12 regular and four alternates, will be chosen after being screened for potential bias.

“Those documents are relevant,” the judge said, referring to the government’s exhibits showing nature of Manafort’s funds but adding that it was not the end of the issue.

Outside the courthouse, a handful of protesters displayed a life-sized puppet of Trump and held signs saying “Trump won’t do time for you,” “It’s Mueller time,” and “I like your new suit” alongside a photo of Manafort’s mug shot.

Trump has vacillated between showing sympathy for Manafort and trying to distance himself. Manafort worked on Trump’s presidential campaign for five months and attended a June 2016 Trump Tower meeting with Russians that is a focal point of Mueller’s probe into possible collusion between the campaign and the Kremlin.

A Manafort conviction would give momentum to Mueller, who has indicted or secured guilty pleas from 32 people and three companies since the probe started 14 months ago. An acquittal would support efforts by Trump and his allies to portray the probe as a “witch hunt.” Trump denies any collusion with Russia, and on Tuesday tried to make the case publicly that collusion would not be a crime anyway.

Manafort, 69, faces 18 criminal counts, which center on allegations that he hid much of the $60 million he earned in Ukraine in undisclosed overseas bank accounts and failed to pay taxes on it. [L4N1UP0F7]

Prosecutors also accuse him of lying to U.S. banks to obtain real estate loans in a bid to maintain a lavish lifestyle after his client, former pro-Russia Ukrainian President Viktor Yanukovych, fell from power in 2014 and the money stopped.

Manafort has pleaded not guilty to all the charges.

Prosecutors have said they will not present evidence of collusion at this trial. The Virginia trial will be followed by a second one in Washington in September in which Manafort is charged with money laundering, failing to register as a foreign agent and witness tampering. Manafort has pleaded not guilty to those charges, as well.