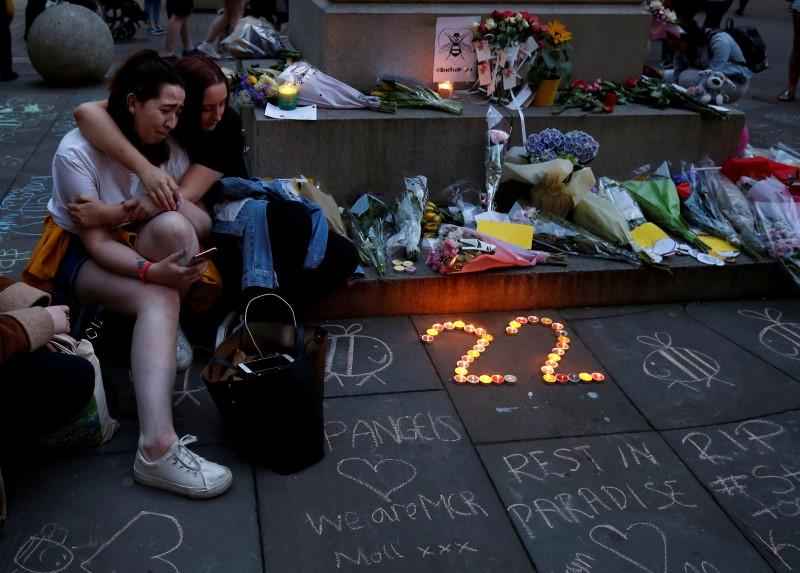 LONDON (Reuters) – A British man who killed 22 people in an attack in Manchester at the end of a show by U.S. singer Ariana Grande was rescued from the civil war in Libya three years before by the British navy, the Daily Mail reported.

FILE PHOTO: Girls sit by a memorial during the first anniversary of the Manchester Arena bombing, in Manchester, Britain, May 22, 2018. REUTERS/Andrew Yates

Salman Abedi, born to Libyan parents, was thought to have been on holiday in Libya in August 2014 when fighting broke out and British officials offered to evacuate UK citizens, the Mail said.

Abedi and his younger brother Hashem were among about 100 British citizens plucked from the coast of Libya and taken on the HMS Enterprise to Malta for a flight home to Britain in August 2014, the Mail reported.

The Manchester bombing on May 22, 2017 was the deadliest of five militant attacks in Britain last year that killed a total of 36 people.

Seven children, the youngest aged just eight, were among those killed in the Manchester attack. Hundreds were injured.

“For this man to have committed such an atrocity on UK soil after we rescued him from Libya was an act of utter betrayal,” the newspaper quoted a British source in Whitehall, the centre of British officialdom, as saying.

Security sources quoted by the Mail said that Abedi was not believed to have been radicalised at the time of his rescue.