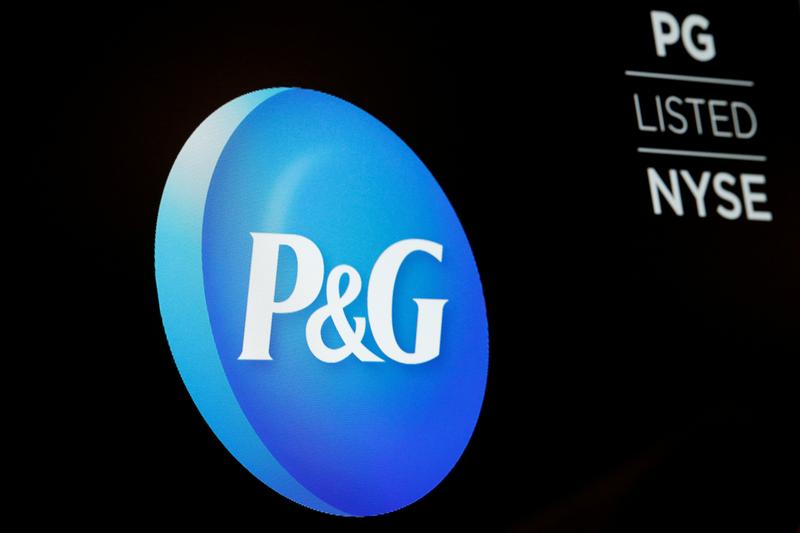 FILE PHOTO: The logo for Procter & Gamble Co. is displayed on a screen on the floor of the New York Stock Exchange (NYSE) in New York, U.S., June 27, 2018. REUTERS/Brendan McDermid/File Photo

Big consumer goods makers are struggling to grow sales as consumer habits evolve, with many shoppers choosing fresher brands or changing the way they groom themselves. P&> and its rivals have also been dogged by surging transportation and commodities costs, particularly for pulp used in diapers and tissue products.

The company, whose board members include activist investor Nelson Peltz, said cost cuts and higher prices would help it report stronger organic sales and core earnings in the second half of fiscal 2019 than in the first half.

Shares of Procter & Gamble, the world’s second-largest packaged goods company after Nestle SA (NESN.S), were down 0.5 percent at $79.82.

P&> is rolling out an average 4-percent increase in Pampers prices in North America, and has begun notifying retailers of an average 5-percent price rise for Bounty, Charmin and Puffs tissue products.

Higher prices may not sit well with U.S. retailers that have been aggressively cutting prices and tightening inventory levels to keep pace with Amazon.com Inc (AMZN.O).

In order to claw back market share lost to upstarts such as Dollar Shave Club, P&> cut prices on products in its grooming business by 3 percent during the quarter. Sales in the unit fell 1 percent to $1.65 billion, while volumes dropped 1 percent.

Net income attributable to the company fell to $1.89 billion, or 72 cents per share, in the fourth quarter ended June 30. Excluding items, P&> earned 94 cents per share, ahead of analysts’ estimates of 90 cents.

Reporting by Nivedita Balu in Bengaluru; Editing by Bernard Orr and Nick Zieminski