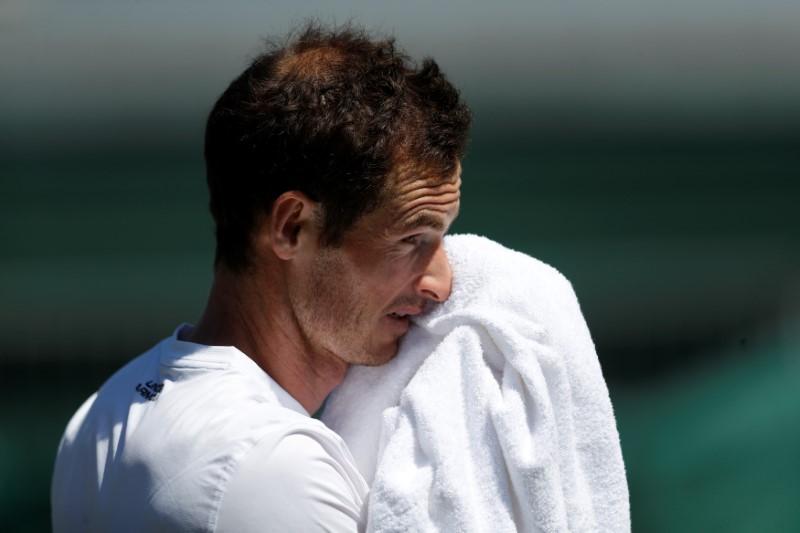 (Reuters) – Former world number one Andy Murray was far from his best but was still good enough to come from behind and defeat American Mackenzie McDonald 3-6 6-4 7-5 in a marathon first-round match at the Washington Open on Monday.

Murray, who is attempting to return to the top of the tennis world after undergoing hip surgery in January, was out of sorts in the first set of the rain-delayed match, losing three service games behind some uncharacteristically soft second serves.

He looked in trouble but found new life when McDonald sent a forehand wide to hand Murray a break and a 5-4 advantage in the second set.

The error ignited the three-time grand slam champion, who pumped his fist and screamed after easily holding serve to set up a third-set decider.

McDonald, coming off a round of 16 appearance at Wimbledon that put him in the top 100 for the first time in his career, blasted winners all night but was ultimately undone by a torrent of unforced errors in the third set, including a costly one when his racquet crossed the net on a volley.

Despite the win, Murray looked far from his dominant self.

He walked awkwardly around the court between points, especially in the lengthy third set when at one point he grabbed his hamstring and winced in pain.

The 31-year-old also tightened up at key moments in the match, needing seven match point opportunities before finally crossing the finish line.

Next up for Murray is countryman Kyle Edmund, who he will face on Wednesday.

Murray has a 2-1 lead in head-to-head matches against Edmund but the 23-year-old won in straight sets when the pair met in the second round of the Eastbourne International last month.

Elsewhere American Tim Smyczek won his rain-interrupted match against Lithuanian Ricardas Berankis 7-6(4) 6-2 and will next face Mischa Zverev, who defeated Smyczek in three sets at the Atlanta Open last week.

Lukas Lacko held a 1-0 lead over American Denis Kudla before their match was called off due to rain while three-times grand slam champion Stan Wawrinka’s match against struggling American Donald Young was rescheduled.