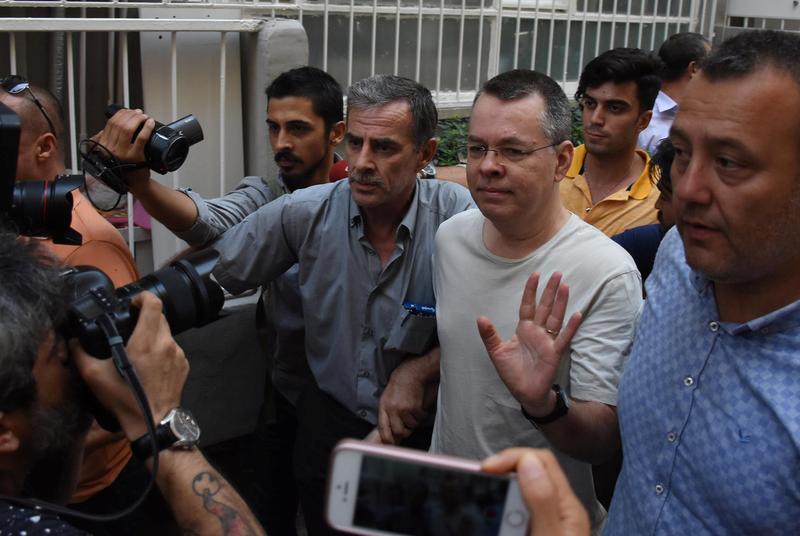 ISTANBUL (Reuters) – A Turkish court has rejected an appeal for U.S. Christian pastor Andrew Brunson to be released from house arrest during his trial on terrorism charges, state broadcaster TRT Haber said on Tuesday.

FILE PHOTO: U.S. pastor Andrew Brunson reacts as he arrives at his home after being released from the prison in Izmir, Turkey July 25, 2018. Demiroren News Agency, DHA via REUTERS

Relations between Turkey and the United States have spiraled into a full-blown crisis over the trial of Brunson, who was in custody for 21 months in a Turkish prison until he was transferred to house arrest last week.

Brunson, who has been living in Turkey for more than two decades, was accused of helping supporters of Fethullah Gulen, the U.S.-based cleric who Turkish authorities say masterminded the 2016 coup attempt against President Tayyip Erdogan in which 250 people were killed.

He was also charged with supporting outlawed PKK Kurdish militants and espionage.

Brunson’s lawyer, Ismail Cem Halavurt, told Reuters he had not been notified of a court ruling.

Brunson’s next hearing as part of the trial is scheduled for October 12.