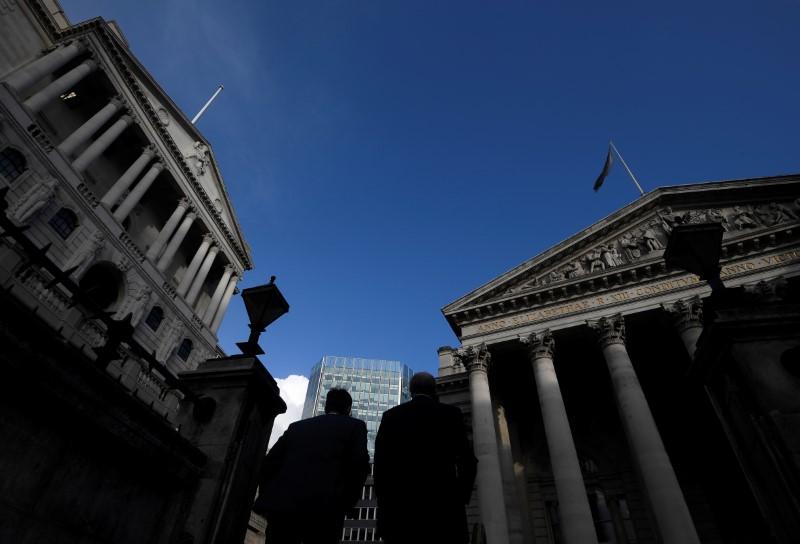 LONDON (Reuters) – The Bank of England should raise interest rates this week but also tell the public it will be ready to make a U-turn if Brexit talks sour or trade tensions with the United States escalate, a leading economic think tank said on Wednesday.

The National Institute of Economic and Social Research (NIESR) stuck to its forecast for British economic growth of 1.4 percent this year and 1.7 percent next year, though this assumes a softer Brexit than Prime Minister Theresa May is aiming for.

The BoE should raise rates on Thursday for only the second time since the global financial crisis, as even the modest economic growth ahead is likely to generate inflation, it said.

“However, we think the Bank should emphasise the uncertainty of the future path for the policy rate,” NIESR economist Amit Kara said.

“It is entirely possible that in three months’ time, because of the Brexit negotiations, because of the trade wars or some other reason, the August rate increase could look like a mistake,” Kara added.

Holding off on a rate move now was not an option as the uncertainty was unlikely to lift, Kara said.

However, a separate article published by NIESR on Wednesday, by former BoE policymaker David Blanchflower and fellow academic David Bell, said wage growth “is not going to take off any time soon”, due to high levels of under-employment.

To date, the BoE has said it expects interest rates to rise at a gradual and limited pace, assuming Brexit goes smoothly. BoE Governor Mark Carney has also said rates could be cut in some scenarios if there is a disorderly Brexit.

Britain is due to leave the EU on March 29 next year, but May has not finalised a transitional deal and her ministers agreed on negotiating demands for a longer-term trade relationship only in July – more than two years after Britain voted to leave the EU.

NIESR said May’s plan was likely to cost 2.5 percent of economic output relative to a softer Brexit under which Britain would have trade ties to the EU similar to Norway’s. That was equivalent to about 500 pounds ($656) per person per year over time.

May has rejected a Norway-style agreement as offering Britain too little control over EU immigration and laws.

A ‘no deal’ Brexit — favoured by lawmakers in May’s Conservative Party if the EU will not make enough concessions — would cost 800 pounds.

Both estimates look only at the short-term costs of a loss of trade with the EU, and do not estimate the likely longer-term hit to productivity as businesses face less foreign competition.