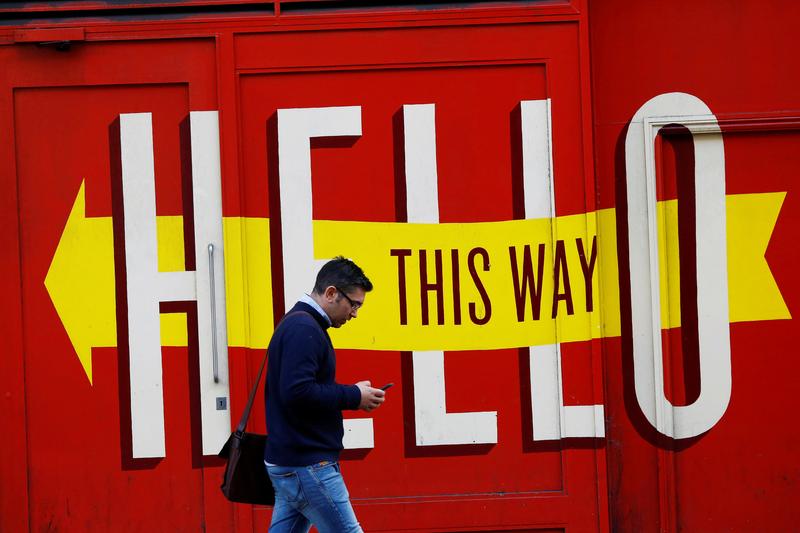 LONDON (Reuters) – Britons are more attached to their mobile phones than ever before, but the amount of time they spend using them for their original purpose – talking to someone else – has fallen for the first time, Ofcom said on Thursday.

The regulator said the popularity of internet-based services such as WhatsApp, Skype and Snapchat, all of which can be used to make calls as well as send messages, had reduced the time spent on mobile voice networks.

Smartphones, which started to take off when Apple (AAPL.O) launched its first iPhone in 2007, have become essential to people’s lives, it said, with 78 percent of adults now owning one.

“Over the last decade, people’s lives have been transformed by the rise of the smartphone, together with better access to the internet and new services,” said Ian Macrae, Ofcom’s director of market intelligence.

“Whether it’s working flexibly, keeping up with current affairs or shopping online, we can do more on the move than ever before. But while people appreciate their smartphone as their constant companion, some are finding themselves feeling overloaded when online, or frustrated when they’re not.”

But conversely 54 percent said connected devices interrupted face-to-face conversations with the same people, while more than two in five also admitted to spending too much time online.

Adult users spend an average 2 hours and 28 minutes a day online on a smartphone, Ofcom said. This rises to 3 hours and 14 minutes for 18-24 years olds.

Smartphones have also usurped television as the device that adults say they would miss the most.

Some 52 percent were most attached to their televisions in 2007, but by 2018 Ofcom said 48 percent favoured the smartphone, beating the 28 percent who saw the TV as their most important device.