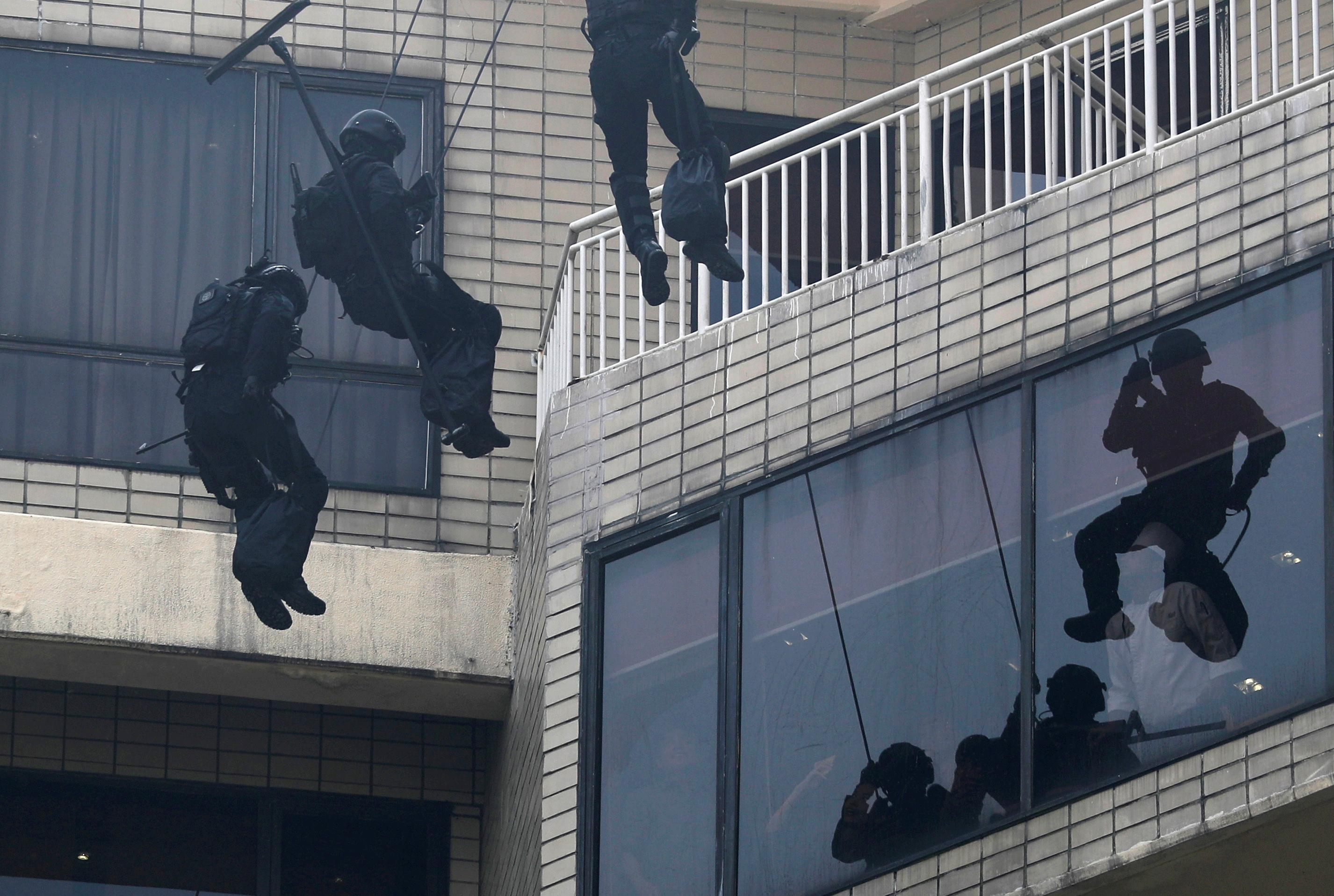 JAKARTA (Reuters) – Indonesian security forces jumped out of helicopters and abseiled down the side of a high-rise in a counter-terrorism drill in Jakarta on Wednesday, as preparations for this month’s Asian Games gathered momentum.

Southeast Asia’s biggest nation is readying to host more than 100,000 athletes and spectators at the event, which is set to run from Aug. 18 to Sept. 2, guarded by tens of thousands of police and military personnel.

Special forces simulated a militant attack and a hostage situation at the main stadium complex after the Muslim-majority country suffered its deadliest militant attacks in more than a decade in May.

Since a spate of suicide bombings in the second biggest city of Surabaya killed about 30 people, including several attackers, counter-terrorism police looking to defuse homegrown radicalism have detained nearly 250 suspected militants and killed 21.

“These arrests are part of the process of our hosting and preparing for the Asian Games,” said national police spokesman Setyo Wasisto, adding that police were also cracking down on petty crime and traffic violations.

Last month human rights groups called for an independent investigation after police shot dead 11 men in the security clampdown ahead of the Asian Games, last held in Indonesia in 1962.