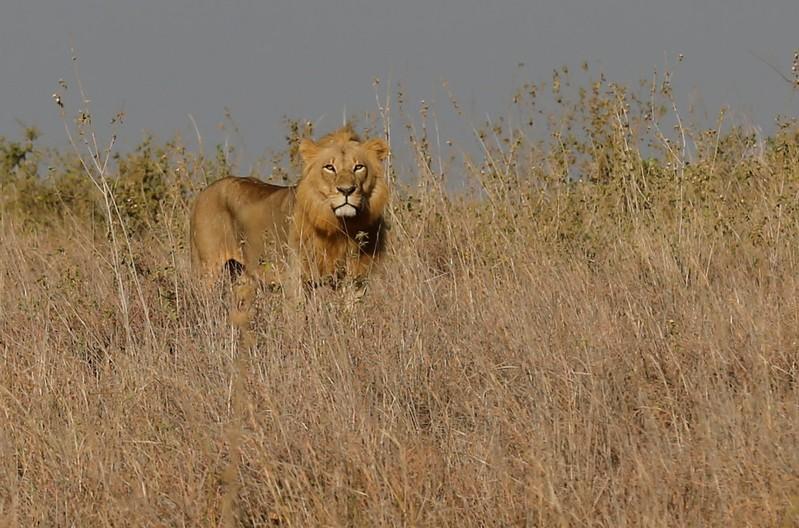 FILE PHOTO: A lion stands in the grassland during the setting up of a radio collar on the neck of a lioness at the Nairobi National Park near Kenya’s capital Nairobi, January 23, 2017. REUTERS/Thomas Mukoya

It said the 17-member council violates a 1972 federal law designed to curb White House use of advisory panels to set national policy, and should lose its powers and charter.

A spokeswoman for the Interior Department referred a request for comment to the U.S. Department of Justice, which did not immediately respond to subsequent requests.

The lawsuit was filed in the U.S. District Court in Manhattan by the Natural Resources Defense Council, the Center for Biological Diversity and the Humane Society, all non-profit.

Zinke, a hunter and former Montana congressman, has said the council would advise on the benefits of international recreational hunting, and how American hunters “benefit international conservation from boosting economies and creating hundreds of jobs to enhancing wildlife conservation.”

The White House has sent mixed signals on the importing of big game.

On March 1, the U.S. Fish and Wildlife Service reversed an Obama-era ban to allow the importing of trophies such as elephant tusks and lion hides, extending prior administration approval for imports of elephant parts from Zambia and Zimbabwe.

But it also conflicted with a Nov. 19, 2017 tweet, after the Zambia and Zimbabwe approval, in which Trump said he would be “very hard pressed to change my mind that this horror show in any way helps conservation of Elephants or any other animal.”