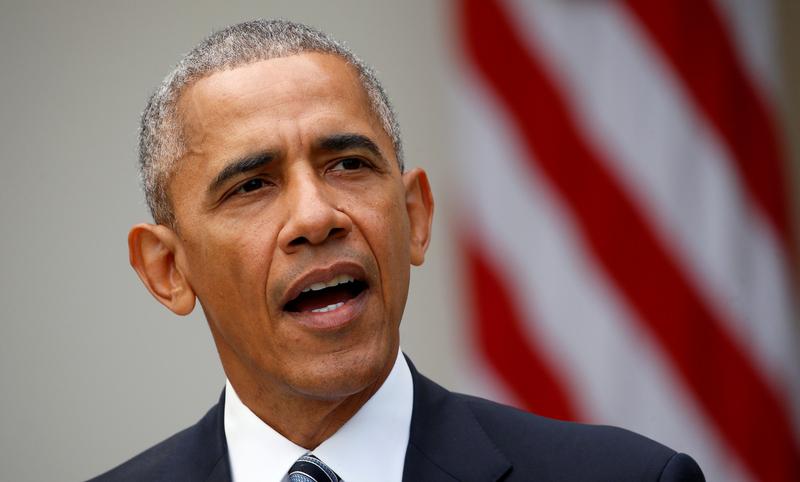 Obama, whose relatively low political profile since leaving office last year has frustrated some fellow Democrats, described the list as a first wave of endorsements and said he was eager to campaign this fall to “make the case for why Democratic candidates deserve our votes.”

In a year when the national Democratic Party has emphasized regaining ground at the state level, Obama’s list includes five gubernatorial and 40 state legislative candidates, as well as a candidate for agriculture secretary in Iowa and several candidates for secretary of state and attorney general.

Obama’s office said in a statement the list was heavy on young and diverse state-level Democrats because the former president “hopes to help current and aspiring Democratic leaders establish themselves, build their profiles, and lead their communities.”

Obama also pledged to be active in the battle for control of Congress, where Democrats must pick up two Senate seats and 23 House of Representative seats to gain the majorities needed to derail or stall much of Republican President Donald Trump’s policy agenda.

Obama has largely stayed out of the limelight since he left office in 2017, campaigning for Democrats in New Jersey and Virginia last year but limiting his other political appearances to closed-door fundraisers for party committees.

Republicans shrugged off Obama’s involvement, noting Democrats had lost nearly 1,000 political offices around the country under his leadership and then lost the White House in the 2016 presidential election.

FILE PHOTO: U.S. President Barack Obama, with Vice President Joe Biden at his side, speaks about the election results that saw Donald Trump become President-elect from the Rose Garden of the White House in Washington, DC, U.S., November 9, 2016. REUTERS/Kevin Lamarque

Obama’s endorsements include 22 House candidates but just one Democratic candidate for senator, Jacky Rosen of Nevada.

Missing from the endorsement list were Democrats involved in most of the high-profile Senate battles, many of which are being fought in deeply conservative states where Obama’s endorsement might not help, and high-profile Democratic House candidates such as Alexandria Ocasio-Cortez, who won a shocking New York primary upset.

Obama did engage in some of the most contentious House general election battles, backing seven Democratic candidates in California and two each in New Jersey, Pennsylvania, Texas and Nevada.

The list of endorsements includes several former staffers in the Obama administration and campaigns, including congressional candidates Andy Kim in New Jersey and Colin Allred in Texas.

The Democratic candidates for governor backed by Obama were Jared Polis of Colorado, Gavin Newsom of California, Stacey Abrams of Georgia, Richard Cordray of Ohio and J.B. Pritzker of Illinois.