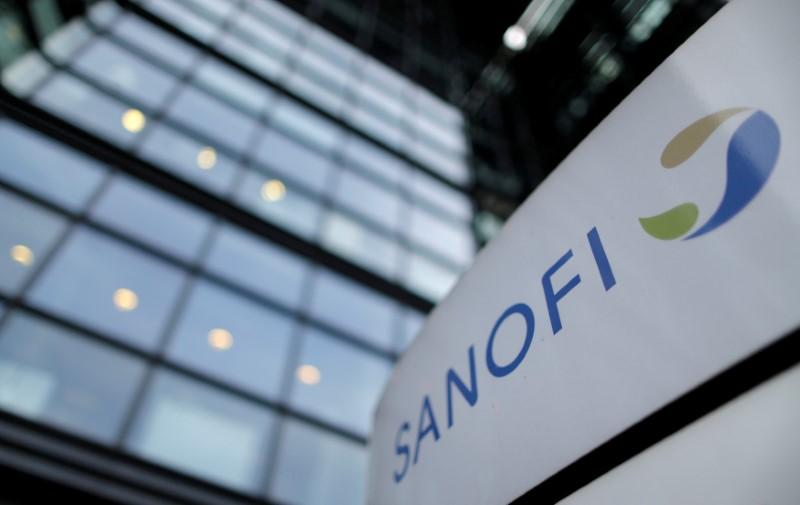 PARIS/ZURICH/LONDON (Reuters) – Sanofi and Novartis said on Wednesday they planned to increase stockpiles of medicines Britain in preparation for potential disruption if the UK crashes out of the European Union without a deal.

FILE PHOTO: The Sanofi logo in front of the entrance of the French drug company’s headquarters in Paris, October 30, 2014. REUTERS/Christian Hartmann/File Photo

The move follows similar action by AstraZeneca , which said last month it would increase stockpiles of drugs that could be affected by Brexit by around 20 percent.

Roche , the world’s biggest maker of cancer medicines, also said it was taking “appropriate action” to review its stock levels in order to protect supplies to patients.

Britain’s largest drugmaker, GlaxoSmithKline , said last week it was taking steps to secure the supply of its medicines and vaccines ahead of the UK’s departure from the EU, without going into details.

Supplies of thousands of medicines are at risk of disruption if Britain leaves the EU without a deal, forcing manufacturers to prepare duplicate product testing and licensing arrangements to ensure their drugs stay on the market.

More than 2,600 drugs have some stage of manufacture in Britain and 45 million patient packs are supplied from the UK to other European countries each month, while another 37 million flow in the opposite direction, industry figures show.

FILE PHOTO: The logo of AstraZeneca is seen on a medication package in a pharmacy in London, Britain, April 28, 2014. REUTERS/Stefan Wermuth/File Photo

Leading drugmakers have long been vocal in their concerns about Brexit and the need for the pharmaceuticals sector to stay within the European regulatory system.

British lawmakers have also called for an agreement that allows the country to have continued participation in the European medicines regulatory framework, but it remains unclear how this will play out in the broader EU negotiations.

Sanofi said it was confident its stockpiling measures would ensure British patients had access to its treatments after Britain leaves the EU, regardless of whether a deal over its future relations with the bloc is in place.

“The uncertainty in the Brexit negotiations means that Sanofi has always been planning for a no deal scenario,” a spokesman with the French drugmaker said in an emailed statement.

“We have made arrangements for additional warehouse capacity in order to stockpile our products in the UK and increase UK-based resources to prepare for any changes to customs or regulatory processes.”

Novartis said it planned to hold increased inventories in Britain across its portfolio of medicines from both Novartis itself and Sandoz, the Swiss company’s generic drugs division.

“We have apprised officials and ministers of our preparedness plans and status, including plans to increase our UK inventory holding,” Novartis said.

The European Medicines Agency has warned drugmakers they needed to be ready for a possible hard Brexit in 2019. It has also expressed “serious concerns” over the availability of some 108 medicines that are manufactured exclusively in the UK.