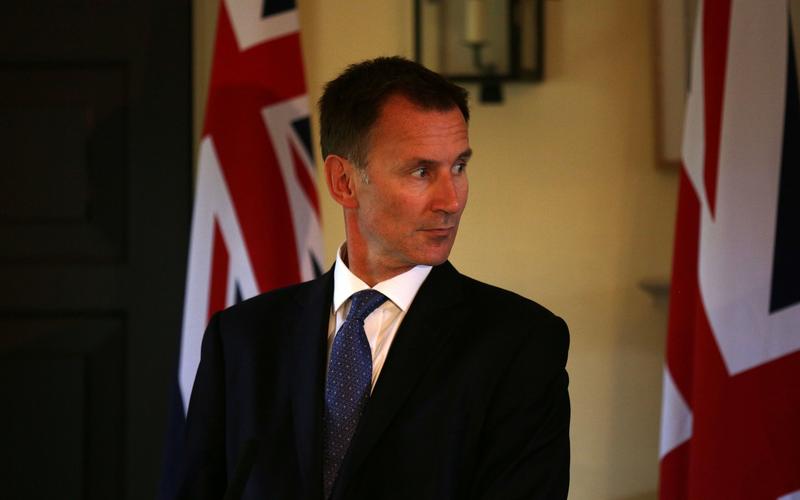 VIENNA (Reuters) – Foreign Secretary Jeremy Hunt denied on Wednesday that warnings about fallout from a disorderly exit from the European Union were an attempt to scare opponents of the government’s preferred Brexit plan into supporting it.

With less than eight months until Britain leaves the EU, the government has yet to agree an exit deal with Brussels and has begun talking more publicly about the prospect of leaving the bloc without any formal agreement on what happens next.

That has spooked businesses, which warn of chaotic disruption to supply chains and for consumers.

Ministers will begin publishing advice later this month on how to cope with a ‘No Deal’ Brexit – prompting accusations of scaremongering from those who say leaving the EU will benefit Britain.

“This is not project fear, this is project reality,” Hunt told a news conference in Vienna, when asked whether Britain was using scare tactics.

“We have to make a decision on Britain’s future relationship with the EU by the end of this year and we have to be very honest with ourselves about the choices that we face.”

In the run-up to the referendum in mid-2016 when Britons voted by 52 to 48 percent to exit the EU, the government’s predictions of dire economic consequences in the event of a ‘leave’ vote – which have not materialised – were criticised as ‘Project Fear’.

Prime Minister Theresa May’s ministers have fanned out across Europe during the summer break from parliament, trying to win support for a Brexit plan that would see Britain maintain closer ties with the bloc than some had anticipated.

“We need to have these frank discussions because time is very, very short and we are clear that what we want is a friendship,” Hunt said, speaking alongside his Austrian counterpart Karin Kneissl.

Parts of May’s plan have been rejected by Brussels, and it has split opinion in her government, her party, and among voters. That leaves May with an uphill struggle to maintain unity while steering Britain through its most significant upheaval in decades.

“Britain will prosper and succeed whatever the outcome of these talks because we’re that kind of country,” Hunt said.

“But we would much rather a future when we look at all the instability in the world, all the pressures, all the unpredictability … where people who share values are standing together shoulder to shoulder.”