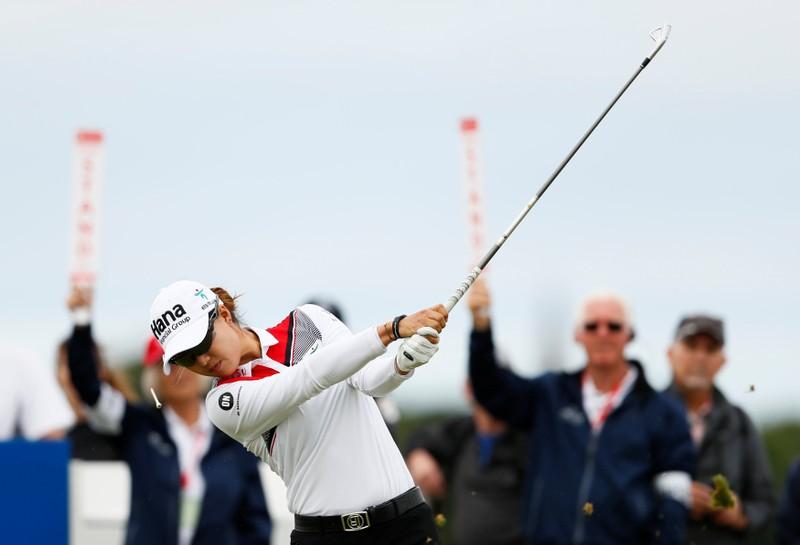 (Reuters) – Australian Minjee Lee can join an elite group if she wins the Women’s British Open, and she made a promising start by grabbing the first-round lead at Royal Lytham & St. Annes on Thursday.

Lee sank a 25-foot eagle at the par-five 15th and followed up with a birdie from a similar distance at the next on her way to a seven-under-par 65 and a one-stroke lead over Japan’s Mamiko Higa on a day of low scoring near the Lancashire coast.

“I holed quite a lot of putts from far away,” Lee said.

The 22-year-old from Perth has four LPGA titles and is coming off second place at the Ladies Scottish Open on Sunday.

“I knew I was hitting it really well coming into this week,” said Lee, who produced more of the same on Thursday.

A win on Sunday would make her only the third Australian woman to claim a major championship, after Karrie Webb (seven) and Jan Stephenson (three).

Higa, fourth on this year’s Japan LPGA money list, would join an even more exclusive club.

Only one player from her nation has captured a major, Chako Higuchi at the 1977 Women’s PGA Championship. Ayako Okamoto finished runner-up six times without a victory.

World number three Park Sung-hyun of South Korea joined a group on 67, while number one Ariya Jutanugarn of Thailand eased into her week with a 71 that included a double-bogey.

England’s Florentyna Parker had a hole-in-one, with an eight-iron from 140 yards at the ninth. The feat helped make amends for an earlier double-bogey as she shot 69.

Reporting by Andrew Both; editing by Ken Ferris