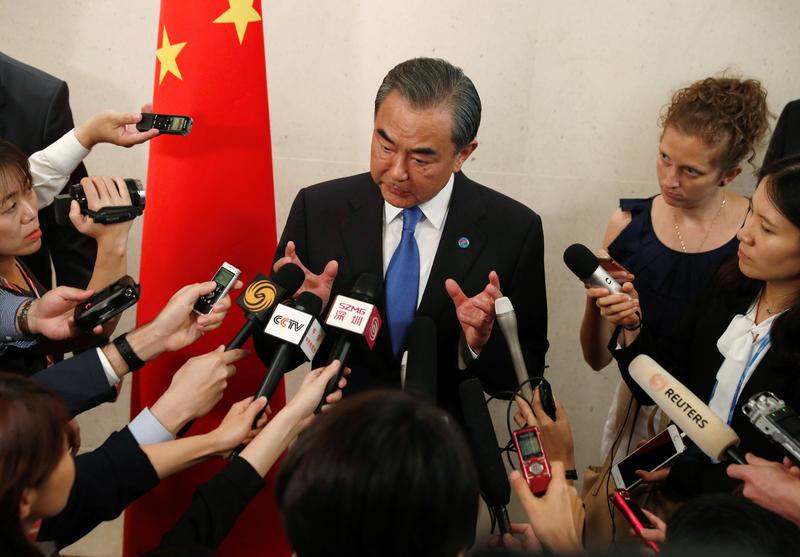 SINGAPORE (Reuters) – China on Thursday called for a push to establish a peace mechanism for the Korean peninsula as well as denuclearization.

China’s Foreign Minister Wang Yi speaks to the media after bilateral meetings on the sidelines of the ASEAN Foreign Ministers’ Meeting in Singapore August 2, 2018. REUTERS/Edgar Su

Foreign Minister Wang Yi said he hoped the United States and North Korea – who agreed at a summit in June to end a nuclear standoff – would maintain contact and resolve each other’s concerns to have success in their talks.

China, along with North Korea and the United States, is a signatory to the armistice that ended fighting in the 1950-53 Korean War. No peace treaty has been signed.

“We should, at the same time as realizing the denuclearization of the Korean Peninsula, push forward with establishing a peace mechanism for the peninsula. These two have mutual influence on each other,” Wang said in Singapore.