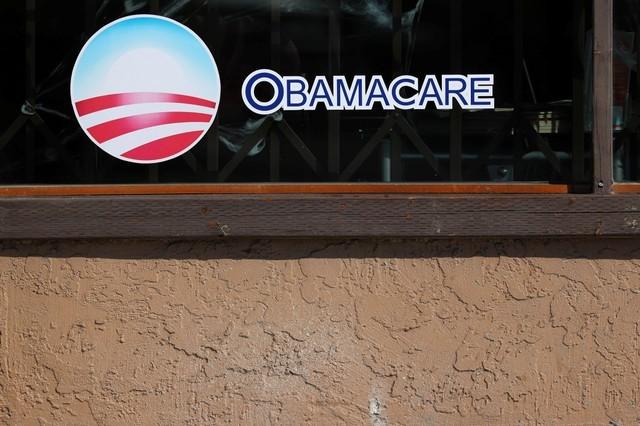 The complaint in federal court in Baltimore, filed by the cities of Baltimore, Chicago, Cincinnati and Columbus, Ohio, alleged that the Republican president is “waging a relentless campaign to sabotage and, ultimately, to nullify the law.”

The lawsuit argued that because Congress has not repealed the Affordable Care Act, as Obamacare is legally known, the U.S. Constitution requires Trump to take care that it, like other laws, is “faithfully executed.”

The cities in Ohio, Maryland and Illinois contended that the administration’s actions are forcing them to spend more on uncompensated care for their residents by driving up the rate of uninsured individuals.

The complaint said Trump has defied his obligation to uphold the law by taking executive actions aimed at undercutting it after he failed to get Congress to repeal the law, as he promised to do in his campaign.

“By actively and avowedly wielding executive authority to sabotage the ACA, defendants are not acting in good faith; instead, they have usurped Congress’s lawmaking function, and they are violating the Constitution,” the complaint said.

The U.S. Department of Health and Human Services did not immediately respond to a request for comment.

The Affordable Care Act was enacted in 2010 under Democratic President Barack Obama. The law extended health insurance to some 20 million Americans.

The lawsuit cited several actions Trump’s administration has taken to undercut Obamacare. For instance, it pointed to cuts to funding for groups that help people get insurance through the law.

It also noted that the administration last year said it would halt so-called cost-sharing payments, which offset some out-of-pocket healthcare costs for low-income patients.

In support of its claims that Trump has sabotaged the law, the complaint cites statements by the president like “we are getting rid of Obamacare” and “essentially, we have gotten rid of it.”

The cities also cited a recent rule adopted by the U.S. Centers for Medicare & Medicaid Services in April that the lawsuit said would increase the cost of health coverage and impose new barriers to enrollment.

The lawsuit said that rule lacked adequate justification and violated the text of the Affordable Care Act itself.

Reporting by Nate Raymond in Boston; Editing by David Gregorio