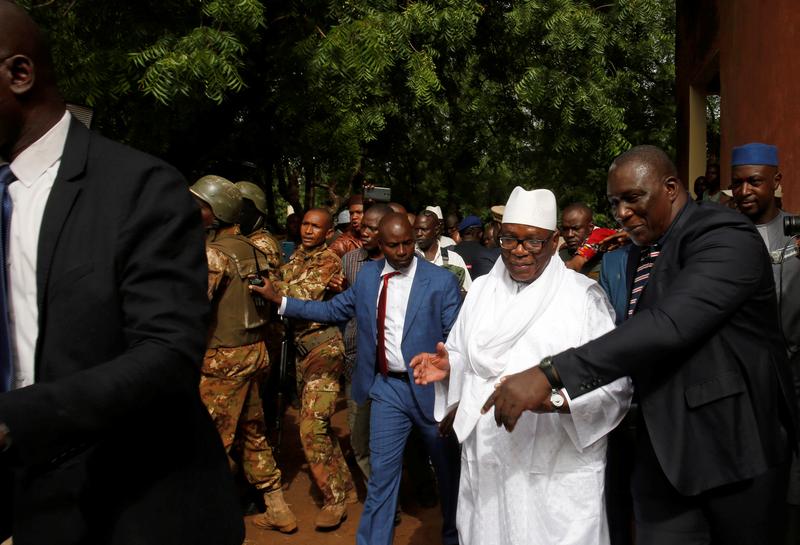 BAMAKO (Reuters) – Mali’s presidential election will go to a run-off vote after President Ibrahim Boubacar Keita failed to get enough votes to win a second term in office outright, according to preliminary figures provided on Thursday by the government.

Ibrahim Boubacar Keita, President of Mali and candidate for Rally for Mali party (RPM) walks after casting his vote during the presidential election, at a polling station in Bamako, Mali July, 29 2018. REUTERS/Luc Gnago

With neither candidate obtaining the 50 percent required to win outright, the two will meet in a runoff vote later this month.

Turnout was just over 43 percent, inline with a historical average that is the lowest in West Africa.

Gold and cotton producer Mali has a history of peaceful elections, but this vote was marred by claims of irregularities and unrelated attacks by suspected militants that prevented thousands from voting.

Armed assailants shut down 644 polling stations on Sunday, representing about 3 percent of the total. About a fifth were troubled by violence, figures from the Ministry of Territorial Administration showed.

That has fueled doubts about the election’s credibility and worries that it did not fully reflect the will of Malians, large numbers of whom are spread across a vast desert where jihadists with links to al Qaeda and Islamic State roam.

Islamist militants took over the north in 2012 on the back of a Tuareg rebellion, imposing Sharia law until French troops intervened a year later to push them back. Militants have since regained territory and influence, making many scared to come out and vote.