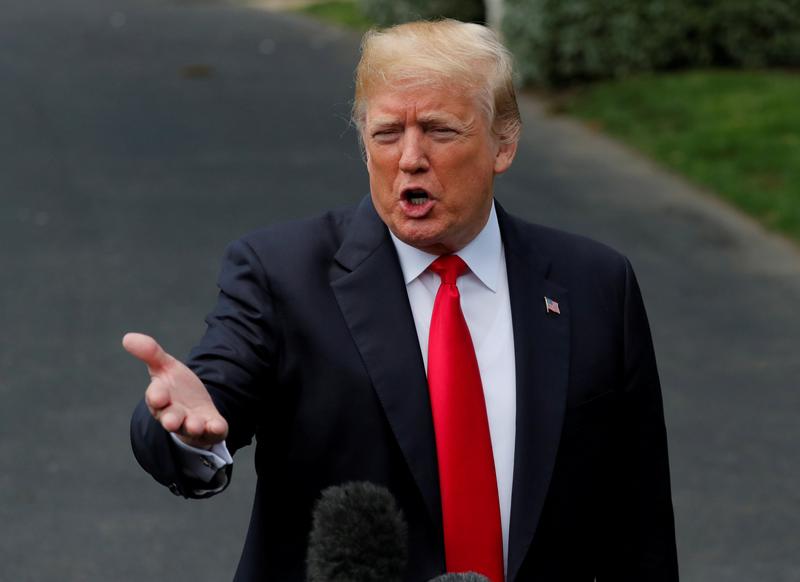 GENEVA (Reuters) – U.S. President Donald Trump’s verbal attacks on the media run the risk of triggering real violence against journalists, the U.N. rapporteur for freedom of expression said on Thursday.

FILE PHOTO: U.S. President Donald Trump speaks to the media before departing the White House for a trip to New York, in Washington, U.S. May 23, 2018. REUTERS/Carlos Barria/File Photo

In a joint statement with Edison Lanza, who holds the same post at the Inter-American Commission on Human Rights, David Kaye said Trump’s tirades against the media violated the basic norms of press freedom.

“These attacks run counter to the country’s obligations to respect press freedom and international human rights law,” they said.

“We are especially concerned that these attacks increase the risk of journalists being targeted with violence.”

Trump frequently brands stories and outlets he dislikes as “fake news”. Last week CNN said one of its White House correspondents was excluded from a Trump event, prompting a complaint from the White House Correspondents Association.

The freedom of expression experts said Trump’s attacks on the press were designed to raise doubts about verifiable facts, and that he and his administration had sought to undermine reporting on potential illegal conduct.

“But he has failed to show even once that specific reporting has been driven by any untoward motivations,” Kaye and Lanza said.

They also urged the administration to stop suing journalists to discover their sources and to stop using the Espionage Act to pursue whistle-blowers. There have been at least two prosecutions of people leaking to journalists under that law.