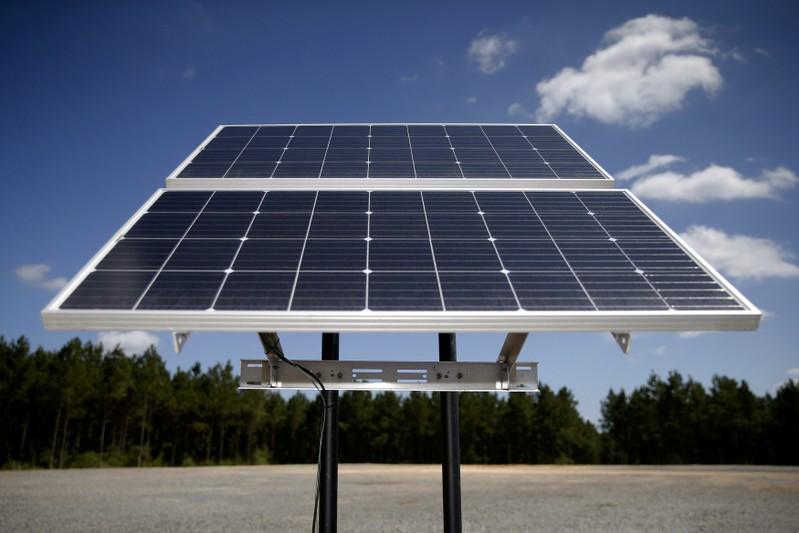 TIRANA (Reuters) – Albania has called for bids to build the Adriatic country’s first solar power station, telling investors it would favor whoever committed to ramping up capacity and selling power more cheaply to its distributor, officials told Reuters on Friday.

With more than 90 percent of Albania’s power being produced from rivers and a newly built power plant not functioning, the Socialist government of Prime Minister Edi Rama wants to install 120 megawatts of solar and 70 MW of wind power capacity by 2020.

Albania expects an investment of around 70 million euros.

Under the bidding rules seen by Reuters, any company meeting the technical and financial criteria will be awarded 70 points.

The remaining 30 points, which will most likely decide the outcome, will be given to the company choosing to sell at a cheaper rate to the OSSHE power distributor monopoly, securing a guaranteed buyer for the first half of the renewable 30-year-deal.

It would also give points to whichever bidder commits to adding 20-50 MW to the original 50 MW capacity of the photovoltaic panels. Power from the extra capacity would be sold freely.

The Energy Ministry offered take questions before August 24, and to meet a team of three of any interested parties at its premises on August 27 and give them a tour of the site. It will answer their questions until the end of August.