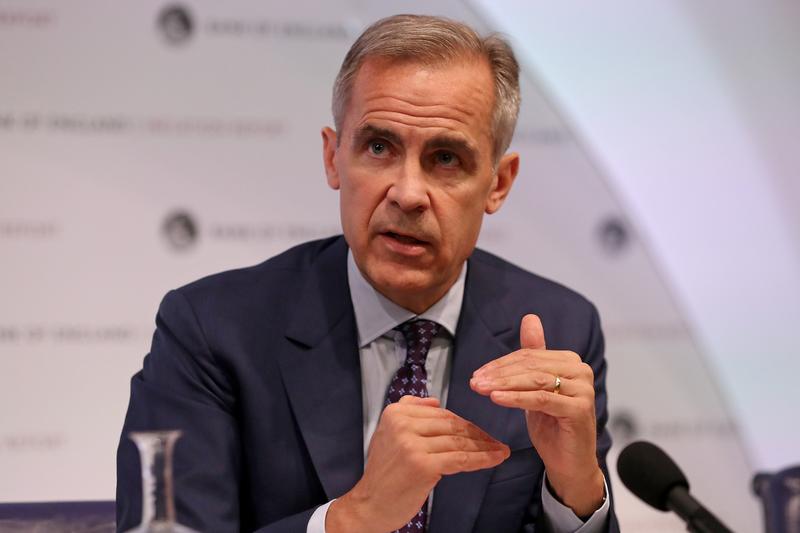 LONDON (Reuters) – Bank of England Governor Mark Carney said on Friday Britain faces an “uncomfortably high” risk of leaving the European Union with no deal, comments that drove sterling to an 11-day low against the dollar.

With less than eight months until Britain quits the EU, the government has yet to agree a divorce deal with Brussels and has stepped up planning for the possibility of leaving the bloc without any formal agreement.

“I think the possibility of a no deal is uncomfortably high at this point,” Carney said in an interview with BBC radio.

“People will have things to worry about in a no deal Brexit, which is still a relatively unlikely possibility but it is a possibility.”

Sterling slid below $1.30 on the comments and touched a low of $1.2985, while British government bond prices rose.

If Britain fails to agree the terms of its divorce with the EU and leaves without even a transition agreement to smooth its exit, it would revert to trading under World Trade Organization rules in March 2019.

Most economists think that would cause serious harm to the world’s No.5 economy as trade with the EU, Britain’s largest market, would become subject to tariffs.

“Parties should do all things to avoid (a no deal Brexit),” Carney said.

Prime Minister Theresa May must find a way to strike a deal with the EU, which has already rejected her preferred plan on trade, then sell that deal to her deeply divided Conservative Party, before putting it to a vote in parliament.

Failure at any of those three hurdles could cost May her job.

On Thursday the BoE raised interest rates to a new post-financial crisis high of 0.75 percent but signalled it was in no hurry to raise them further.

Carney hinted on Friday that interest rates are likely to rise to around 1.5 percent over the next three years, based on the expectations of financial markets.