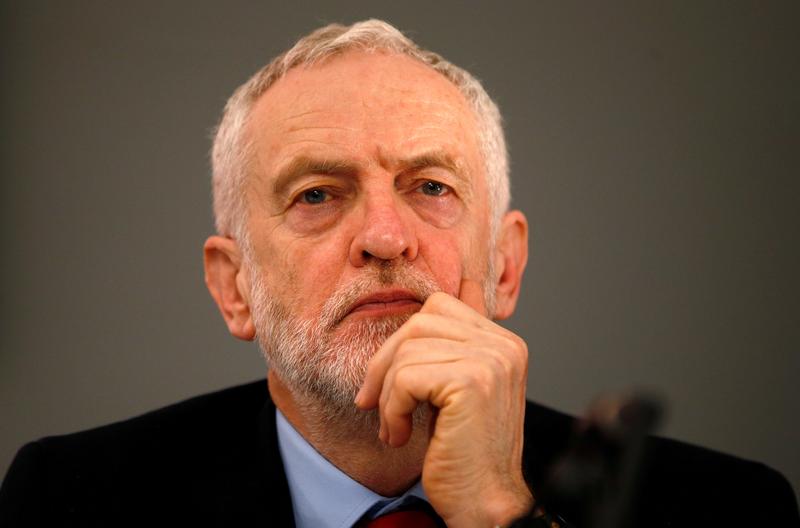 LONDON (Reuters) – The leader of Britain’s opposition Labour Party, Jeremy Corbyn, said on Friday there was a “real problem” of anti-Semitism in his party which he would root out, but he also hit back at strong criticism of Labour from Jewish newspapers.

In an article written for The Guardian newspaper, Corbyn stopped short of agreeing to adopt in full an internationally accepted definition of anti-Semitism, along with a series of examples, as sought by Jewish groups.

Corbyn, a veteran campaigner for Palestinian rights and a critic of Israel, has been hit by accusations that Labour has tolerated anti-Semitism among some of its members.

Last week, Jewish newspapers said Labour would represent an “existential threat to Jewish life in this country” if it won power.

Corbyn said in Friday’s article that he did not accept a Labour government would represent any kind of threat to Jewish life in Britain.

“That is the kind of overheated rhetoric that can surface during emotional political debates,” he said. “But I do acknowledge there is a real problem that Labour is working to overcome.”

He said if he was prime minister he would guarantee the security of Jewish communities and drive anti-Semitism out of the party. He also acknowledged Labour had been too slow process cases of anti-Semitic abuse.

Corbyn has previously apologised for what he called “pockets” of anti-Semitism in Labour and has promised to stamp them out.

Labour has taken a modest lead over Prime Minister Theresa May’s Conservative Party, according to some opinion polls. The next national election is scheduled to take place only in 2022 but could occur sooner depending on May’s ability to steer Britain, and her party, through Brexit.