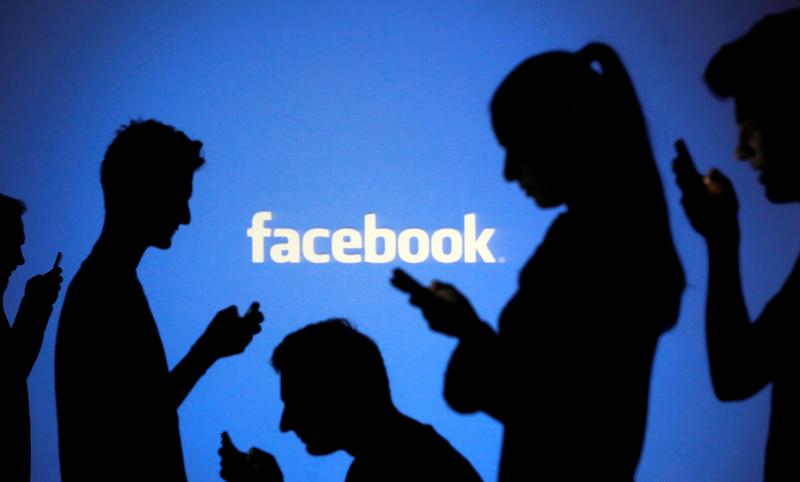 WASHINGTON (Reuters) – Creators of fake accounts and news pages on Facebook (FB.O) are learning from their past mistakes and making themselves harder to track and identify, posing new challenges in preventing the platform from being used for political misinformation, cyber security experts say.

This was apparent as Facebook tried to determine who created pages it said were aimed at sowing dissension among U.S. voters ahead of congressional elections in November. The company said on Tuesday it had removed 32 fake pages and accounts from Facebook and Instagram involved in what it called “coordinated inauthentic behavior.”

While the United States improves its efforts to monitor and root out such intrusions, the intruders keep getting better at it, said cyber security experts interviewed over the past two days.

Ben Nimmo, a senior fellow at the Washington-based Digital Forensic Research Lab, said he had noticed the latest pages used less original language, rather cribbing from copy already on the internet.

“Linguistic mistakes would give them away before, between 2014 and 2017,” Nimmo told Reuters. “In some of these newer cases it seems they’ve caught on to that by writing less (original material) when posting things. With their longer posts sometimes it’s just pirated, copy and pasted from some American website. That makes them less suspicious.”

Facebook’s prior announcement on the topic of fake accounts, in April, directly connected a Russian group known as the Internet Research Agency to a myriad of posts, events and propaganda that were placed on Facebook leading up to the 2016 U.S. presidential election.

This time, Facebook did not identify the source of the misinformation.

“It’s clear that whoever set up these accounts went to much greater lengths to obscure their true identities than the Russian-based Internet Research Agency (IRA) has in the past,” the company said in a blog post here on Tuesday announcing the removal of the pages. “Our technical forensics are insufficient to provide high confidence attribution at this time.”

Facebook said it had shared evidence connected to the latest flagged posts with several private sector partners, including the Digital Forensic Research Lab, an organization founded by the Atlantic Council, a Washington think tank.

Facebook also said the use of virtual private networks, internet phone services, and domestic currency to pay for advertisements helped obfuscate the source of the accounts and pages. The perpetrators also used a third party, which Facebook declined to name, to post content.

FILE PHOTO: People are silhouetted as they pose with mobile devices in front of a screen projected with a Facebook logo, in this picture illustration taken in Zenica, October 29, 2014. REUTERS/Dado Ruvic/File Photo

U.S. President Donald Trump’s top national security aides said on Thursday that Russia is behind “pervasive” attempts to interfere in November’s elections and that they expect attempts by Russia, and others, will continue into the 2020 elections.

They say they are concerned that attempts will be made to foment confusion and anger among various political groups in the United States and cause a distrust of the electoral process.

Two U.S. intelligence officials who requested anonymity told Reuters this week there was insufficient evidence to conclude that Russia was behind the latest Facebook campaign. However, one said “the similarities, aims and methodology relative to the 2016 Russian campaign are quite striking.”

Experts who track online disinformation campaigns said the groups who launch such efforts have changed how they post content and create posts.

“These actors are learning from previous mistakes,” said John Kelly, chief executive of social media intelligence firm Graphika, adding they do not use the same internet addresses or pay in foreign currency.

“And as more players in the world learn these dark arts, it’s easier for them to hide among the multiple actors deploying the same playbook,” he said.

Philip Howard, an Oxford University professor of internet studies and director of the Oxford Internet Institute, said that suspicious social media accounts like those taken down this week were once more easily identifiable because they shared the same information from high-profile publications like RT, the Russian English-language news service, or Breitbart News Network.

But now, the content they often share is more diverse and less discernible, coming from lesser known sites, including internet forums that mix political news with other topics, he said.

U.S. intelligence agencies have concluded that Russia meddled in the 2016 presidential campaign using tactics including fake Facebook accounts. The Internet Research Agency was one of three Russian companies charged in February by U.S. Special Counsel Robert Mueller with conspiracy to tamper with the 2016 election.

Moscow has denied any election interference.