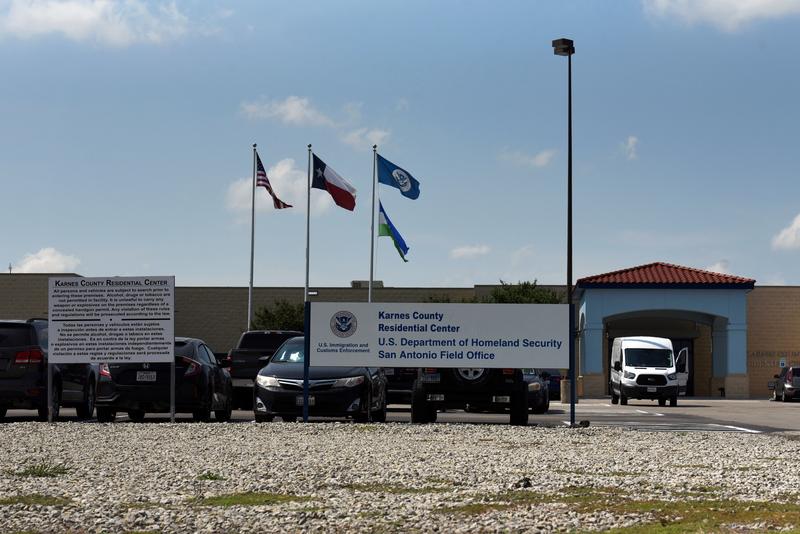 (Reuters) – A group of immigrant fathers, recently reunified with their sons and detained in Texas, have gone on a hunger strike to demand their release, an immigrant rights group representing them said on Thursday.

The U.S. Immigration and Customs Enforcement (ICE) agency said later on Thursday that there had not been a hunger strike by residents of the Karnes County Residential Center, about 51 miles southeast of San Antonio.

“On Aug. 2, a small group of fathers and their children (fewer than 50 total) staged a brief sit-in and expressed their concerns about their immigration cases,” ICE said in a statement. The residents “appreciated the information and dispersed.”

It was not immediately clear how many fathers were in the group.

The immigrants said they were being held at a detention center in Karnes, Texas, with no notification from U.S. authorities on their immigration status, the Refugee and Immigrant Center for Education and Legal Services (RAICES) said.

Fathers had staged sit-ins, children were refusing to take part in school activities, and some fathers had started a hunger strike, RAICES spokeswoman Jennifer Falcon said on a conference call with reporters on Thursday.

“The dads are on a hunger strike and they are refusing to obey any directions from ICE and GEO guards,” she said, a reference to private contractor GEO Group Inc (GEO.N), which runs the center. The hunger strike was said to have begun on Wednesday.

GEO did not respond to a request for comment. Falcon could not immediately be reached later for comment on the ICE statement.

U.S. President Donald Trump has taken a hard-line stance on immigration an integral part of his presidency and has promised to keep immigrants targeted for deportation locked up “pending the outcome of their removal proceedings.”

Some 2,500 children were separated from their parents as part of a “zero tolerance” policy toward illegal immigration that began in early May. Many of them had crossed the U.S.-Mexican border illegally, while others had sought asylum. The U.S. government said last week it had reunited just over half of them.

Fathers at the Karnes center said they were misled into agreeing to deportation as a condition of seeing their children again, RAICES said. Others said they had not been given the opportunity to apply for asylum.