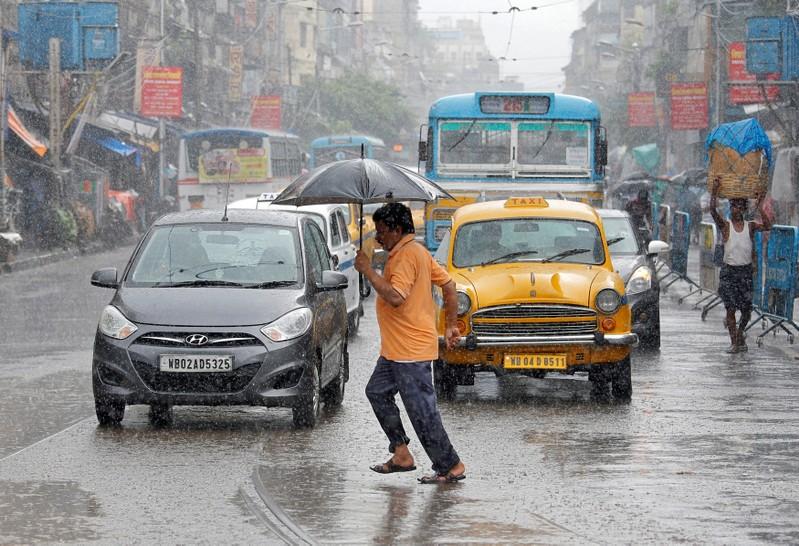 NEW DELHI (Reuters) – India is set to receive average rainfall during the last two months of the crucial monsoon season that stretches between June and September, the country’s weather office said on Friday.

A man carrying an umbrella runs as he crosses a busy road during rain in Kolkata, India, July 10, 2018. REUTERS/Rupak De Chowdhuri/File Photo

“The rainfall for the country as a whole during the second half of the season is likely to be 95 percent of a long period average,” the India meteorological department (IMD) said in a statement.

India had received below average rainfall during the first two months of its annual monsoon, according to IMD data.