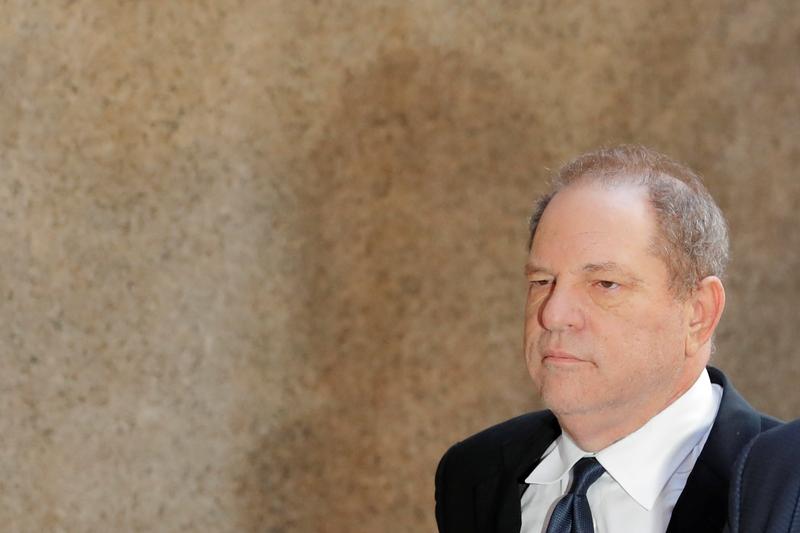 NEW YORK (Reuters) – Movie producer Harvey Weinstein’s lawyers asked a New York judge on Friday to dismiss rape and sexual assault charges against him, releasing emails between one of his accusers and Weinstein they said were not shown to the grand jury that indicted him.

Weinstein has denied having non-consensual sex with anyone following accusations by more than 70 women, mostly young actresses and other women employed in the movie business, of sexual misconduct, including rape, dating back decades.

In a motion filed in New York state court in Manhattan, Weinstein’s lawyers said the emails showed “a long-term, consensual, intimate relationship” between Weinstein and an unnamed woman who has accused him of raping her in 2013.

Weinstein’s lawyers said they meant “not to ignore that rape can occur in relationships,” but that prosecutors should have shown the grand jurors the emails in order for them to make an “informed decision.”

The woman and Weinstein communicated over a four-year period after the date she said he raped her, Weinstein’s lawyers said.

A lawyer or representative for the woman was not immediately known to request comment on the motion.

A spokesman for Manhattan District Attorney Cyrus Vance, who is prosecuting the case, declined to comment on the motion.

The case against Weinstein in Manhattan involves three women. Weinstein, 66, has pleaded not guilty to all of the charges and is free on $1 million bail.

Weinstein lawyer Benjamin Brafman said in a statement that the motions “reveal the existence of exculpatory evidence.”

The accusations against Weinstein led to the #MeToo movement in which hundreds of women publicly accuse powerful men in business, politics and entertainment of sexual harassment and abuse.

Weinstein’s lawyers said charges against Weinstein in New York involving two other women were flawed and must be dismissed as well. One involves a former actress who said Weinstein forced her to perform oral sex on him in 2004. The other is a former production assistant who said he performed oral sex on her against her will in 2006.

Weinstein’s lawyers said the charges relating to the former actress failed to provide enough detail because they did not say exactly when the assault happened, instead giving a three-month range.

Prosecutors failed to give Weinstein adequate advance notice that they were presenting the “far more serious charges” to the grand jury of the allegation from 2006, his lawyers said.

The former production assistant’s lawyer, Gloria Allred, said in response to Weinstein’s motion to dismiss that the grand jury “would not have indicted him if they did not find the testimony that they heard credible.”

A lawyer or representative for the former actress was not immediately known to request comment.

As accusations against Weinstein mounted, his company Weinstein Co fired him and filed for bankruptcy, and he was expelled from the Academy of Motion Picture Arts and Sciences.

Through his company and Miramax, Weinstein won plaudits and awards for movies including “Shakespeare in Love,” “Pulp Fiction” and “The King’s Speech.”