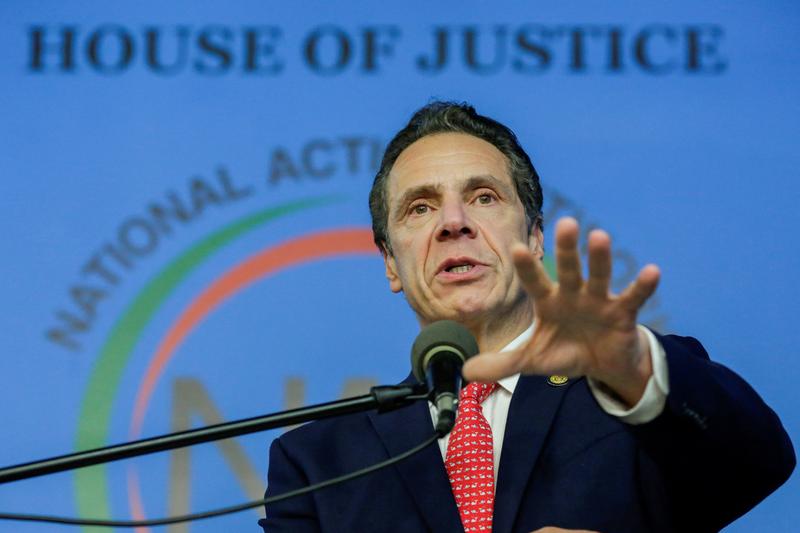 NEW YORK (Reuters) – New York Governor Andrew Cuomo on Friday rejected a claim by the National Rifle Association that his efforts to get banks and insurers to stop doing business with the group threatened its ability to advocate for gun rights.

In an amended version of a lawsuit it had filed on May 11, the NRA said New York’s “blacklisting” had already cost it insurance coverage, and would “imminently” deprive it of basic banking and other financial services “essential to the NRA’s corporate existence and its advocacy mission.”

But in a Friday afternoon filing seeking to dismiss the case, New York Attorney General Barbara Underwood downplayed those concerns.

She said the activity by Cuomo and state financial services superintendent Maria Vullo cited by the NRA did not violate the group’s constitutional free speech or due process rights.

Underwood acknowledged Cuomo’s and the NRA’s “longstanding history of strong disagreement” on gun control, but said the lawsuit did not allege that New York “directly inhibited the NRA from expressing its opposition to gun regulation. Instead, it presents a speculative and implausible ‘parade of horribles.’”

The NRA had sued Cuomo, Vullo and the state Department of Financial Services after the governor in April ordered that office to urge insurers and state-chartered banks to review their relationships with guns rights groups.

Then in early May, Vullo’s office fined insurance broker Lockton Cos $7 million and Chubb Ltd $1.3 million over their involvement with the NRA-branded “Carry Guard” insurance program, which it said unlawfully provided liability insurance to gun owners for “intentional” acts of wrongdoing.

William Brewer, a lawyer for the NRA, said in a statement that there was little question that Cuomo and Vullo engaged in “pure viewpoint discrimination,” and called their dismissal request “a misguided attempt to deflect from the fact that defendants overstepped their legal and regulatory authority.”

Cuomo, a Democrat running for a third term as governor, issued a statement on Friday in which he accused the NRA of trying to “play the victim.”

He added, “If I could have put the NRA out of business, I would have done it 20 years ago.”

The NRA is seeking through its lawsuit to end New York’s alleged illegal interference with its rights and operations, and has until Aug. 24 to respond to Friday’s filing.

A Sept. 10 hearing is scheduled before U.S. District Judge Thomas McAvoy in the state capital of Albany.