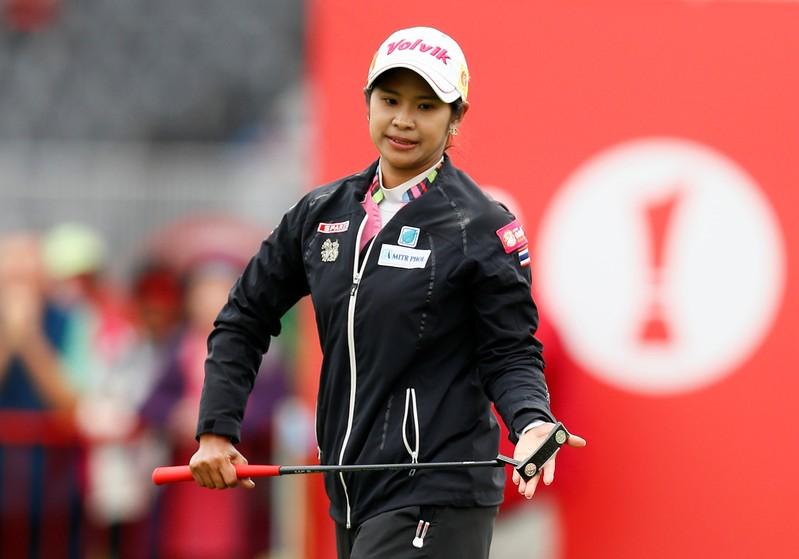 (Reuters) – Pornanong Phatlum demonstrated the growing depth of Thai golf talent when she vaulted to the halfway lead at the Women’s British Open in Lancashire on Friday.

Swinging with metronomic consistency, Phatlum hit every green in regulation and carded a five-under-par 67 in the second round for a one-stroke advantage at Royal Lytham & St. Annes.

She posted a 10-under 134 total, while Australian first round leader Minjee Lee (70), Japan’s Mamiko Higa (69) and England’s Georgia Hall (68) were nipping at her heels on nine-under.

Phatlum arrived at Lytham with a dreadful Open record, only one cut made in seven previous starts, but she seems to have finally come to grips with the style of golf required on British seaside courses.

“(The) links course is pretty hard for me,” she said.

“Every year I just try to plan to do my best. I didn’t have good times, so right now I (feel) like I got more experience and like more confidence on my swing.”

She also credited her improvement to recent work with coach Runthiwa “Zom” Bangjun, who she had not seen all year until last week.

Phatlum, ranked 97th in the world, has no great recent form to speak of, and has never won an LPGA event, but the 28-year-old has been a solid performer in nearly a decade on the tour.

Her position atop the leaderboard offered a reminder that there is more to Thai golf than the Jutanugarn sisters — world number one Ariya and number 11 Moriya.

Six Thai players made the cut on Friday.

Phatlum is seeking to become the fourth Thai winner on the LPGA circuit this year, after Ariya, Moriya and Thidapa Suwannapura.

But she will have to keep making birdies to hold off the pack, including Higa, a 24-year-old from Okinawa, who is engaged to sumo star Ikioi Shota.

Higa’s position could have been even better had she not double-bogeyed the 17th hole.

Hall had no such problems in a bogey-free round as she rode the support of the home gallery.

“It just makes me happy that I see so many people supporting me,” she said. “I don’t really feel any pressure at all.”

Hall finished in a tie for third at last year’s Open. She plays with a refreshingly uncomplicated outlook.

“I just go out there and try to commit to my shot and whatever happens from there, happens.

“I try not to worry about too much and hopefully try to sink some putts.”

Canadian Brooke Henderson (70) inched within five shots of the lead, thanks to an ace with a nine-iron from 141 yards at the ninth.

She won a case of sparkling wine for her accomplishment, which she quickly donated to the thirsty attending media.

Reporting by Andrew Both in Cary, North Carolina; Editing by Hugh Lawson and Pritha Sarkar